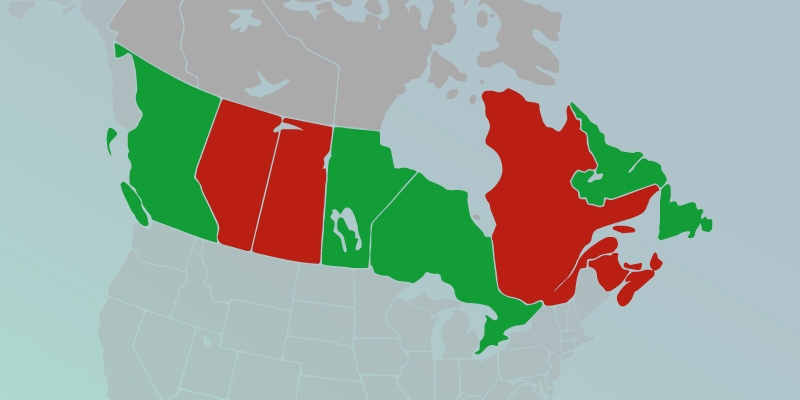 The study finds that over the full period (1990-2018), there was substantial variation across provinces in the average annual rate of growth of investment in total net fixed assets (residential plus non-residential). A comparison of the pre-2014 and post-2014 periods identifies a particularly notable change. Specifically, after enjoying well above-average investment performance prior to 2014, Alberta’s investment performance has been well below average since then. Newfoundland & Labrador exhibit the opposite timing pattern. Saskatchewan experienced a substantial decline in its relative overall investment performance after 2014, while Ontario enjoyed an increase in its relative performance in the most recent period. This pattern is consistent with the dramatic shifts in global and North American energy markets and the related fall-off in oil and gas investment in Alberta and Saskatchewan post-2014, alongside the growth of the utilities sector in Newfoundland & Labrador and the financial, insurance, and real estate sectors in Ontario.

When looking at specific asset categories, the dramatic decline in Alberta’s relative investment performance post-2014 primarily reflects a sharp drop-off in non-residential, ie., business investment. Interestingly, the annual average growth rate of investment in residential assets in Alberta remained above the national average after 2014. Indeed, and unlike the case for the growth rates of total net fixed assets, relative provincial performances with respect to the annual growth of net residential fixed asset investment were relatively constant from 1990 to 2018.

British Columbia was exceptional in that it experienced sustained above-average growth in total net assets, as well as in both the net residential and net non-residential asset categories. Conversely, Quebec and the Atlantic Provinces consistently experienced below average performances in average annual growth rates for each asset category as well as for total net assets over the entire sample period.