Understanding Why Basic Auto Insurance Rates in BC Are So High 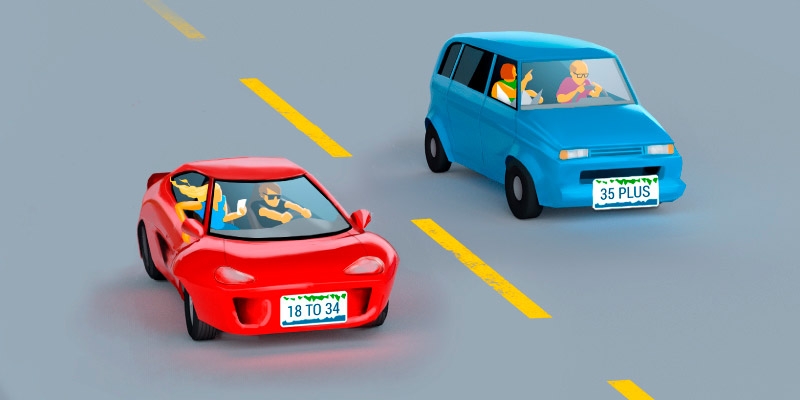 The finances of the Insurance Corporation of British Columbia (ICBC) are in sad state with an expected loss of over $1 billion for the current year. Its troubles can be traced to two government policies: the requirement that it transfer funds to the government and the imposition of a cap on rate increases. Drastic measures are needed to prevent ICBC from becoming insolvent.

The NDP government moved quickly after its election in 2017 to reverse ICBC's decline. In February 2018, it acted to limit claims for pain and suffering from minor accidents and moved disputes over some injury claims outside the courts to reduce legal expenses. In August 2018, it announced changes to shift more of the accident costs from safer drivers to those with poorer accident records.

These actions are welcome, but the government could have gone further. This publication addresses some features of ICBC's business that keep its costs high. First it focuses on the protections bundled into the required basic insurance package; it then examines ICBC's non-insurance activities; and finally, it considers the risks posed by drivers of different ages.

ICBC's basic insurance required for all motor vehicles registered in British Columbia includes third-party liability for injury costs and vehicle damage caused by insured drivers. It also includes so-called No Fault benefits paid to drivers and their passengers regardless of fault. Compulsory insurance can be justified because at-fault drivers can impose costs on others. No Fault insurance does not have the same justification because an unfavourable event without insurance does affect not third parties.

At present, many motorists are forced to pay for No Fault coverage from which they do not benefit. Homemakers, students, and retirees do not need wage loss protection. Drivers who already have medical insurance will not value this feature of ICBC's basic insurance. The No Fault coverages cost $71 for each personal policy, or more than 8% of ICBC's average premium.

ICBC also carries out non-insurance activities on behalf of the provincial government at no cost. These activities include programs for improving road safety together with testing and licensing for both vehicles and drivers. The $170-million expenses for these activities are borne entirely by ICBC and add $50 per policy, or over 6%, to the costs of basic coverage.

It is ICBC's policy to charge drivers the same rates regardless of their age. Yet, much evidence shows that the incidence of accidents differs markedly among drivers of different ages. The costs of personal injury and property damage caused by drivers from 16 to 20 years old are estimated to be $900 more than for average drivers. The costs for drivers between 21 and 34 are also higher. This rate structure requires safer drivers to pay higher premiums to subsidize riskier drivers. ICBC's plans to add $100 to its premiums for inexperienced drivers will reduce only a small portion of the differences in costs.

Customers may prefer the ICBC's current policies that fund activities beyond basic auto insurance; that provide larger than the minimal package of services; and that set its insurance rates without regard for age. But preferring policies is only one side of the coin. These policies have costs and customers are unlikely to be aware of these costs. The costs of coverage beyond the minimum are buried in a 1,000-page document; those of non-insurance activities can be found in an obscure note to ICBC's financial statements; and the loss experience of drivers of different ages does not appear to be public. If ICBC revealed this information, people could judge these policies for themselves and exert pressure if they felt changes were needed.