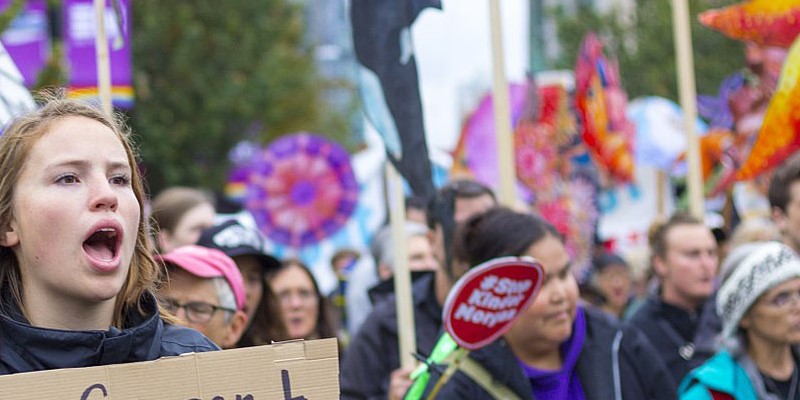 On Tuesday, while activists reportedly tried to “arrest” Premier John Horgan at his house in British Columbia, Prime Minister Trudeau spoke to the House of Commons, stressing the need for “patience” as rail blockades continue to prevent freight and passenger across Canada.

Indeed, the #ShutDownCanada movement is in full swing in B.C. and across the country, with rail blockades, road closures and protests causing mass disruption and frustration. All because of the proposed Coastal GasLink pipeline through the traditional territory of the Wet’suwet’en First Nations people in B.C.

There’s been a lot said and written over the past week. But here’s what you need to know about this dispute.

According to the 1997 Supreme Court of Canada Delgamuukw decision, the Wet’suwet’en have aboriginal title to an as-yet-undefined area of B.C. Aboriginal title is a form of ownership, but it’s not absolute. The same Supreme Court decision that recognized aboriginal title also elaborated the doctrine of infringement, which allows government to make use of title land for the public good.

This is one of those cases. The Coastal GasLink pipeline cannot be built without crossing Wet’suwet’en traditional territory. It will carry natural gas from B.C. fields to Kitimat, a municipality in the North Coast region of the province, where it will be liquified and exported to Asian markets. It’s an enormous project that will create profit for investors, revenue for governments (including First Nation governments) and jobs for workers, many of whom will be First Nations people. It will also reduce carbon emissions in the world at large because it will replace coal now burned for power generation in countries such as Japan, China and Korea.

In fact, Coastal GasLink passes through the traditional territories of 20 First Nations. The elected band councils of all these First Nations (including the Wet’suwet’en) signed agreements in support of the pipeline because of the substantial benefits they will receive—cash payments from the B.C. government and TC Energy, a natural gas company, not to mention jobs and job-training and contract set-asides for work on the pipeline.

These First Nations are small, poor and remote. They don’t have many economic opportunities. The average income of their members is about half the provincial average. Coastal GasLink is their best—perhaps only—way out of poverty. That’s why their elected governments have endorsed the pipeline.

So where’s the opposition coming from? A faction of the Wet’suwet’en, the hereditary chiefs who claim that only they—not the elected band council—can give consent to the pipeline. Again, don’t be misled. There is no basis in the Canadian Constitution, legislation or judicial decisions for this claim.

Many of the protestors swarming the B.C. legislature or blocking highways and railways across the country are not members of the Wet’suwet’en Nation or any other First Nation. They are the usual crowd of environmentalists and anti-capitalists. For many, their goal is to destroy the market economy that’s created so much prosperity and the democratic government that protects our freedoms. They want a government of activists, where they will call the shots. Their hashtag says it all—#ShutDownCanada.

Don’t be fooled. This isn’t a genuine movement for social justice. These are outsiders exploiting a division within one First Nation in the hope of creating chaos on the ground.

Canada is a free country. If the protestors stay within legal limits, let them speak. If they break the law by obstructing buildings, roads and railways, let the police do their job of re-establishing the civil order on which we all depend.