CEO pay—when they deserve it, and when they don’t 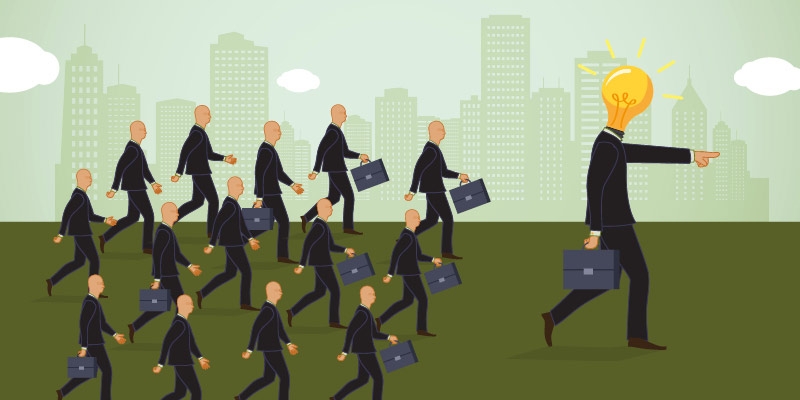 In debates about inequality, some people—including some economists—claim that the salaries and compensation of chief executive officers (CEOs) are not linked to performance. Thus, they don’t really earn their money.

This claim, repeated ad nauseam in recent years, is misleading to say the least.

As noted in my recent study published by the Fraser Institute, CEO pay has increased over the last decade, but the increase is perfectly related to the value of CEO skills. Thanks to globalization, large firms now face greater competition. Moreover, the accelerated pace of technological innovation means these firms regularly compete with new potential substitutes (e.g. cable television companies versus streaming services, hotel chains versus Airbnb). Consequently, small errors in management can create large costs. Therefore, to attract highly-skilled managers, companies are willing to pay more.

The economics, economic history and management literature confirms this, by showing that administration boards today hire CEOs with considerably more technical skills than in the past. For example, in the 1930s less than 10 per cent of corporate executives had post-graduate masters and doctorates compared to 60 per cent today. Clearly, the demand for top management skills has increased substantially.

But this increased demand has not been matched by increasing supply. Why? Because some of these skills cannot be easily transferred from firm to firm (e.g. the skills needed to run a hotel chain differ from those needed to run an automobile manufacturer). This reality constrains the supply of elite management skills. Thus, as demand grows for these skills and supply lags behind, pay increases, just like in any other labour market.

What’s rarely mentioned in public debate about inequality, however, is that this dearth of supply comes with a downside for managers. If boards are willing to pay more to hire executives that will avoid costly mistakes, they are also willing to spend more to track CEO performance and fire the CEO the instant it becomes clear that a hiring decision was unwise. Some economists estimate that between 38 per cent and 55 per cent of CEO turnover is “performance-induced” (i.e. the CEO is fired for disappointing results).  This is why those who make it to the top do not stay there long. For example, of the top 100 CEOs in Canada in 2007, five years later only 32 remained in the top 100. Ten years later, that number dropped to 15.

Furthermore, some people exaggerate the extent of CEO pay relative to the pay of the average worker by using “apples-to-oranges” comparisons. For example, they compare the cash pay of all workers to the total compensation of the top 100 CEOs, and arrive at a ratio of 197 to 1. But a much more instructive apple-to-apple comparison—comparing the total compensation of the top 1,000 CEOs (the maximum number available in databases) with the workers in the firms managed by those same CEOs—dramatically shrinks the ratio of CEO-to-worker compensation by 81 per cent.

Finally, there’s an important nuance that few acknowledge when discussing CEO pay—the incentives of administration boards. Boards choose a CEO based on the ability to generate profits. Crucially, if political factors are relevant to generate profits, boards will choose candidates with political clout and acumen. If a firm’s profits are tied to government subsidies, trade barriers and regulations that prevent competitors from entering the market, political clout will be of paramount importance in the hiring process. In other words, pay will be conditioned on political skills rather than market skills.

To critics, this type of arrangement, where CEOs are paid for their political standing, seems unfair and unbalanced. And in some cases, they may have a point. But they shouldn’t blame the CEOs, they should blame political meddling in the marketplace, which produces these perverse incentives among administration boards.

These facts and nuances from the economics—and the management and economic history literature—should always inform debate about CEO pay in Canada and beyond.