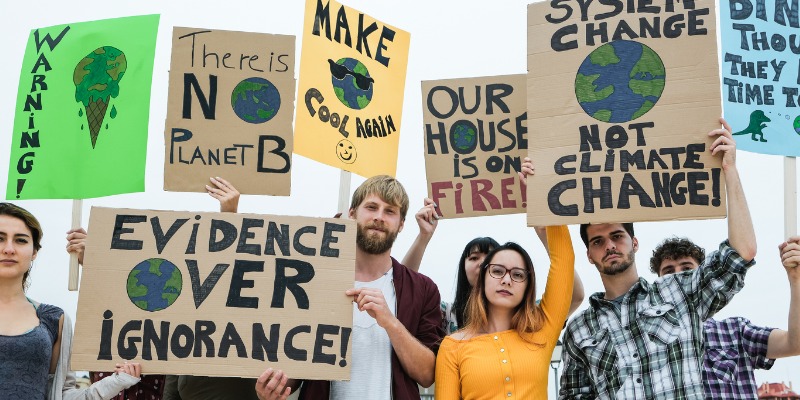 The first Earth Day, observed on April 22, 1970, was marked by a number of chilling predictions. As one commentator put it, before the year 2000 “overpopulation would cause worldwide famine; pollution would blanket cities and kill thousands; a mass extinction (would be) upon (humanity); oil and mineral reserves (would) run out.” The politician most closely associated with the event, U.S. Senator Gaylord Nelson (1916-2005), denounced in no uncertain terms the “endless parade of technology that produces more gadgets, more waste, more pollution.”

Luckily for us, these predictions proved just as wrong as those made in previous decades by many other pessimistic writers. Thanks to technologies ranging from catalytic converters to the large-scale substitution of coal by natural gas made possible by the development of hydraulic fracturing, air pollution and greenhouse gas emissions would be significantly curtailed while food production increased dramatically and valuable resources became ever more plentiful and affordable.

Faced with a barrage of good news, modern prophets of doom shifted doomsday predictions towards humanity’s impact on the climate. In doing so, they tapped into our species’ oldest fears, for as biogeographer Philip Stott observed several years ago, “every age has viewed climate change cataclysmically, as retribution for human greed and sinfulness.”

Despite recent attempts to rewrite this history, early Earth Day activists worried mostly about a global cooling trend which they blamed on fine particles released by industrial activity (e.g., airborne soot, oxides such as sulphates and nitrates). As many argued at the time, the cooling observed between the 1940s and the 1970s was departing from the beneficial warmer climate humanity had enjoyed since the middle of the nineteenth century. At best, pessimists worried, the climate might revert back to conditions similar to those of the Little Ice Age that occurred between the 14th-19th century, a time period perhaps best captured by Hendrick Avercamp’s (1585–1634) paintings of frozen Dutch waterways. At worst, the Laurentide Ice Sheet, which not too long ago blanketed Toronto and Montreal with two or three kilometres of ice, might come back with a vengeance.

Extreme weather events were typically singled out as signs of bad things to come. In his influential 1976 book The Cooling, science journalist Lowell Ponte invoked frost and snow devastating coffee plantations in Brazil; the Sahara Desert advancing south; unusually dry years in France and England; crop failures in the Soviet Union; severe floods in the Mississippi Basin, the Great Lakes, Pennsylvania and New Jersey; and severe droughts in the American southwest. Global cooling, he told his readers, “presents humankind with the most important social, political, and adaptive challenge we have had to deal with for ten thousand years.”

In his 1980 book The Geography of Famine, geographer William Dando observed that because of air pollution, the Earth was “entering a period of climatic change” that had already resulted in “North African droughts, the lack of penetration of monsoonal rains in India and seasonal delay in the onset of spring rains in the Soviet Virgin Lands wheat area.” Global cooling, Dando wrote, was “the greatest single challenge humans will face in coming years” because it would soon trigger “mass migration and all-encompassing international famines.” Like many other analysts, Dando’s preferred policy solutions revolved around population control and economic degrowth.

By the turn of the 1980s, however, most analysts came to accept that the modest decline in temperature observed in the previous decades was over and that pollutants could be scrubbed at the source (e.g., smokestacks). Anthropogenic greenhouse gas emissions linked to the burning of fossil fuels and other human activities were then quickly put at the top of the environmental policy agenda. Claims of a powerful link between population and economic growth and negative climate consequences, however, never went away. Most striking is climatologist Stephen Schneider (1945-2010) who is best remembered among his critics for having switched almost overnight from fearing catastrophic global cooling to fearing catastrophic global warming.

From the first Earth Day to the present one, activists’ fears have been largely driven by computer models that have warned us that catastrophe is only about 10 years away. Unlike the first Earth Day when activists invoked a wide array of problems to justify drastic anti-growth policies, however, recent calls to achieve net zero emissions through build back greener initiatives are entirely based on catastrophic climate scenarios developed by modelers with strong environmentalist leanings. Some historical perspective on this topic nevertheless suggests that cooler heads should perhaps prevail.