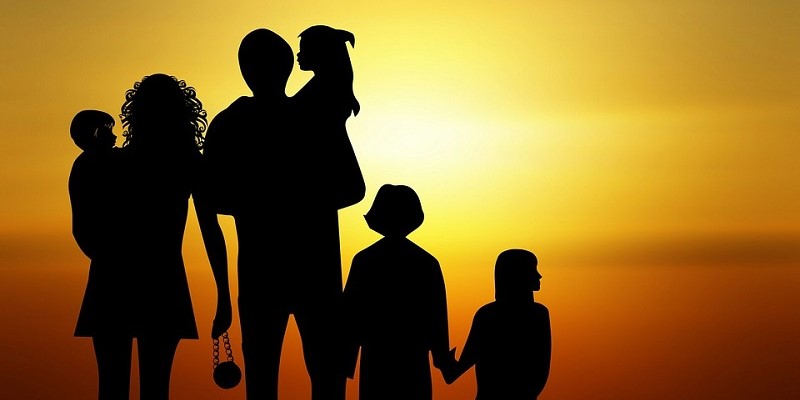 According to the most recent Statistics Canada Labour Force Survey, Ontario saw an increase of 58,000 jobs in August. But the evidence suggests that all’s not coming up roses after one looks at the longer-term picture across Ontario’s regions. 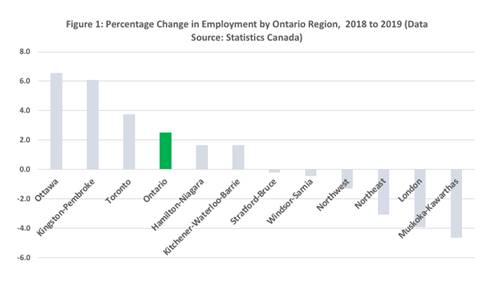 Next came Ottawa with 47,000 jobs, meaning that the Toronto and Ottawa Economic regions accounted for almost 98 per cent of Ontario jobs created in 2019 to-date.

The remaining Ontario regions that saw some employment creation were Kingston-Pembroke, Hamilton-Niagara and Kitchener-Waterloo-Barrie. The remaining five Ontario economic regions all lost jobs in 2019.

As the chart below shows, when employment gains are looked at in percentage terms, Ottawa, Kingston-Pembroke and Toronto saw the biggest percentage gains in total employment at 6.6 per cent, 6.1 per cent and 3.8 per cent respectively. Hamilton-Niagara and Kitchener-Waterloo-Barrie saw gains of 1.6 per cent each. As for the remaining regions, the employment loss ranged from -0.2 per cent in Stratford-Bruce to -3.9 per cent in London and -4.7 per cent in Muskoka-Kawarthas.

Almost all of Ontario’s job-creation has essentially focused in just two areas that account for—at best—about 60 per cent of the province’s population.

Needless to say, this lopsided economic performance should raise serious questions among policymakers about the plight of many middle-class Ontarians. How you are doing, it seems, depends a lot on where you live.