Biologics and Biosimilars: A Primer 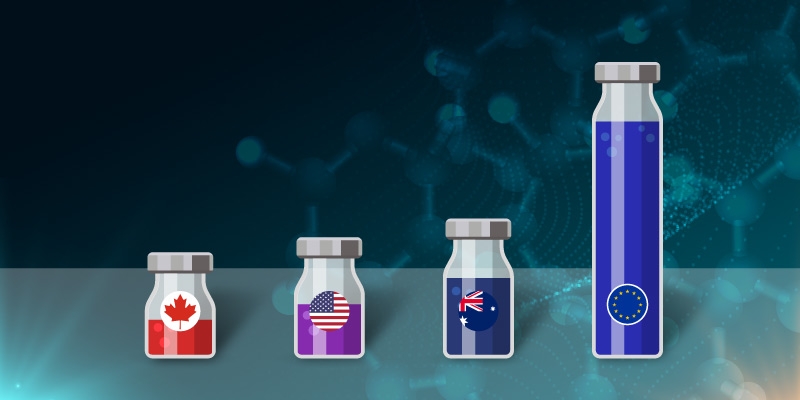 Biological products (biologics) comprise the cutting edge of medical science and biomedical research, replicating natural substances such as enzymes, antibodies or hormones. Biologics are made from a variety of natural resources—human, animal, and microorganism—and can be composed of sugars, proteins, or nucleic acids, or a combination of these substances. The pharmaceutical industry has been revolutionized by the development of biologic medicines. Both the creation and the regulation of biologic medicines differ in important ways from traditional so-called “small molecule” drugs.

Biologic medicines have many more places for variation than small molecule drugs. As a consequence, even slight irregularities may potentially alter how patients respond. Slight differences in biologic medicines may result in reduced efficiency or induce immunogenic responses. These complications may even occur when the original manufacturer makes slight known changes (evolution) or unknown changes (drift) to its own production process, which can then yield a product that diverges from its predecessor. As a result, regulatory authorities require far more extensive testing for biosimilars relative to generic drug products.

Numerous studies have shown that the introduction of generic versions of small molecule pharmaceutical can reduce prices by 90 percent relative to the branded version. Similar savings cannot be expected from biosimilars. Given that they are only similar to the originator biologics, the biosimilars will require their own lengthy and expensive clinical trials in order to ensure that they are safe and effective. Then, after that expensive testing, biosimilars are expected to reduce prices by a more modest 20 to 30 percent.

Canada’s protection of intellectual property in the life sciences significantly lags behind that provided by many other industrialized nations, including the United States, the EU and Japan. Canada currently has one of the shortest terms of data exclusivity for pre-clinical and clinical trials. Canada’s unique misinterpretation of the utility standard is also a significant barrier to biopharmaceutical innovation.

This study introduces biologic medicines and biosimilars and explores some of the challenges and controversies that uniquely characterize their production, regulation, and marketing. The primer presents an overview of the basics of biologics and biosimilars, and discusses how biologics differ from traditional small molecule pharmaceuticals. It also explores the differences between biosimilars and traditional generic drugs. Emphasizing the importance of precision in biologic development and manufacture, the study considers salient features of production and market characteristics. In addition, the study focuses on the market failures present in the biopharmaceutical industry and the role of intellectual property rights in ensuring that the promise of biologic medicine is realized. Finally, the paper describes the Canadian specifics for the biopharmaceutical industry. Understanding both the promise and the challenges of biologic medicines is valuable for patients and policymakers alike. If we are to realize the benefits of these therapeutic advances, we must ensure that there are sufficient incentives in place for manufacturers to develop them, and that they are developed precisely, manufactured responsibly, and effectively brought to those who need them.