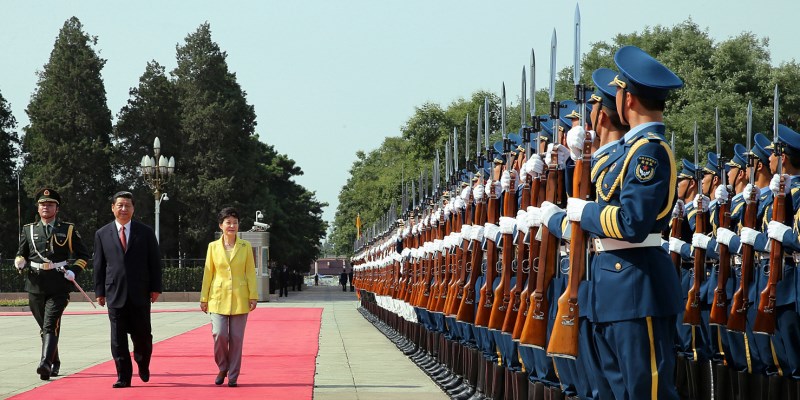 As we watch the chaos on the streets of Venezuela, it’s an apt time to revisit the latest Human Freedom Index, published in part by the Fraser Institute, which highlights an old danger re-emerging—authoritarian seducers, regimes that promote their model of despotism internationally though charm, money, power, bribery, threats and violence.

Since the rise of free peoples, the menace of authoritarian imperialism has never disappeared but it has risen now on a scale not seen since the fall of the Soviet Union. Aspiring authoritarians in countries such as Poland, Hungary and the Philippines show little interest in imposing their despotic vision outside their borders. The evangelists of authoritarianism are elsewhere.

Hugo Chavez was the first post-Soviet Lothario out of the gate. He strove to impose repressive “Bolivarian socialism” on neighbours, supporting left-wing parties and arming guerilla groups. The attraction of Chavez’s model collapsed with the tragedies Venezuelans suffer. Other hawkers of repression remain dangerous.

A new version of Russia’s “great-game” imperialism slithered forth in recent years. President Vladimir Putin threatens his neighbours militarily. He used force against Ukraine and Georgia, and to support Bashar Hafez al-Assad’s brutal regime in Syria. Through dirty tech-tricks, he attempts to destabilize democracy in dozens of countries.

But Putin’s model lacks appeal, undermined by a tiny economy for an aspiring world power (about the size of Canada’s), declining population and horrid demographics. Its influence is largely limited to Russian communities in its neighbourhood.

A more dangerous authoritarian imperialist has emerged in China. It employs its great military, economic and seductive power to advance repression. Its military, with a budget three-and-a-half times the size of Russia’s, aggressively enforces China’s claim to virtually all of the South China Sea, threatening economic freedom globally. The world’s most important trade routes pass through the sea.

This could foreshadow horrors to come. Supreme leader-for-life Xi Jinping and top officials have ordered the military to “prepare for war” in the South China Sea. The most dangerous flashpoint is Taiwan, which China claims as a renegade province. China openly threatens invasion. Official boasts of military strength and ability to overwhelm Taiwan’s defenses quickly and brutally, initiated with missile barrages to kill thousands civilians, according to China’s military doctrine.

China’s ambitions go beyond its neighborhood. It subverts press freedom internationally by attacking Chinese language media globally, through economic means and by threats against family still in China. For example, China arrested the wife of Chinese-American reporter Xiaoping Chen when she passed through an airport in southern China. “But, honestly, I never thought they would kidnap my wife,” Chen lamented. Senior Canadian diplomatic officials told me security forces frequently investigate threats to Chinese in Canada who question party rule. And China recently arrested two Canadians and accused them of spying.

China’s “road and belt” project is used to extend its economic power, charm dictators, promote the China model, and create debt traps that give China unprecedented influence, including building forward military installations in places like Sri Lanka that threaten the sovereignty of free countries. Chinese companies control 76 ports in 35 countries.

The regime employs such “companies” to advance its goals. Even foreign firms, along with all Chinese companies, must establish powerful communist committees that exercise authority in all aspects of activity and report back to authorities. Chinese law requires companies “to support, co-operate with and collaborate in national intelligence work.”

Lest anyone think China’s ambitions are limited to just most of the world, China has declared itself a “near Artic power.” It’s building Artic-able military resources and using powerful tools to create debt traps and influence on nations that actually border the Artic.

At home, China aims for unprecedented totalitarianism. Millions are employed to monitor the Internet and media. Digital cameras are everywhere, armed with increasingly sophisticated facial recognition tools to observe and punish anything the regime doesn’t like. Thousands of journalists, lawyers, dissidents, and innocent people have been tossed into jail.

Most disturbing is the rise of a “social-credit system,” that will monitor every aspect of an individual’s life and punish anything, the regime doesn’t like, no matter how trivial. Already, China has blocked 15 million citizens from train and airline trips. For those with social-credit low scores, ““everywhere is limited, and it is difficult to move,” the regime brags.

The suppression of Muslim Uighurs terrifies. About a million are interned in re-education camps. Executions and torture appear plentiful.

And so, China wants to export this system globally. President Xi declares the world should adopt China’s “new type of political party system” and “the Chinese solution for tackling the problems facing mankind.” China’s media piled on damning the “chaos” of democracy and praising China’s ability to solve “all sorts of problems”.

The “new type” model has global fans. Canadian political scientist Daniel Bell, who has taught at top U.S. and Chinese universities, has argued China’s repressive meritocracy is often superior to democracy and freedom.

For too many reasons to discuss here, China’s success remains fragile and likely ephemeral. As with China now, for decades many in the west praised the success of the Soviet Union until it was proven a sham. Yet communism spread globally before the lie was exposed. Those who believe in freedom and democracy should be on-guard against the current re-emergence of this old threat, seductive authoritarians.