Ontario surpasses Quebec in 'debt' race to the bottom 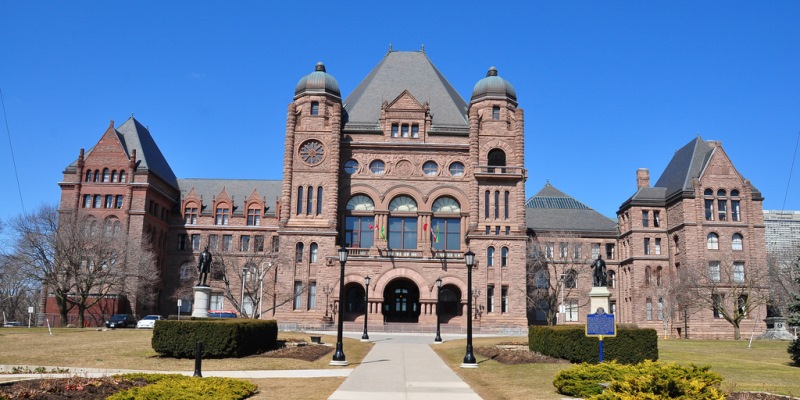 Ten years ago, in 2008, Quebec was the most indebted province in Canada while Ontario was in the middle of the pack. Back then, Quebec’s provincial government per-person debt load was approximately $4,100 more than Ontario’s. Meanwhile, Quebec’s provincial debt-to-GDP ratio (a measure economists use to measure the sustainability of a jurisdiction’s debt burden) was 14.8 percentage points higher than Ontario’s.

What a difference a decade makes. As the 2018/19 fiscal year draws to a close, Ontario has surpassed Quebec on both measures of indebtedness. Until recently, Quebec had a well-deserved reputation for having the least responsible approach to public debt of any large Canadian province. It’s therefore a remarkable reversal of historical trends, and a powerful statement about how unsuccessful Ontario governments have been in managing Ontario’s finances.

And that’s a problem. When a province spends more than it takes in, and consequently racks up debt, taxpayers pay the interest—that’s money that could otherwise by spent on government services. And companies may look elsewhere to invest if they believe red ink today means higher taxes tomorrow. This is all bad news for Ontarians, as more government debt can limit opportunity and lighten the wallet.

Let’s take a closer look at the numbers. In 2008, Quebec’s per-person net debt was $17,295 compared to $13,164 for Ontario, a gap of approximately $4,100 per person. In the years following the 2008/09 recession, both provinces ran significant deficits and saw their debt loads increase—but Quebec’s government was far more successful at repairing the damage than the McGuinty and Wynne governments in Ontario. As a result, per-person debt in Quebec stabilized and began to drop while it just kept climbing in Ontario.

In 2016/17, Ontario caught up to Quebec in terms of per-person debt, ending a decades-long streak when Quebec’s debt load was markedly larger than Ontario’s. Since then, things have gotten worse, such that at the end of this fiscal year, Ontario’s per-person debt load will be approximately $3,000 higher in Ontario than in Quebec.

The fact Ontario’s finances are now unequivocally in worse conditions than Quebec flips historical norms upside down. But current forecasts suggest this state of affairs is not a blip, but rather the new normal unless there’s major policy change in Ontario.

The Ford government has an opportunity to reverse these worrying trends in its upcoming provincial budget. If the budget presents a plan to quickly eliminate the deficit and slow the accumulation of debt, Ontario’s finances can begin to recover. If not, the novel situation of Ontario being more indebted than Quebec will be entrenched, and Ontario will solidify its unwanted position as the most indebted large province in Canada.