The Impact of Land-Use Regulation on Housing Supply in Canada 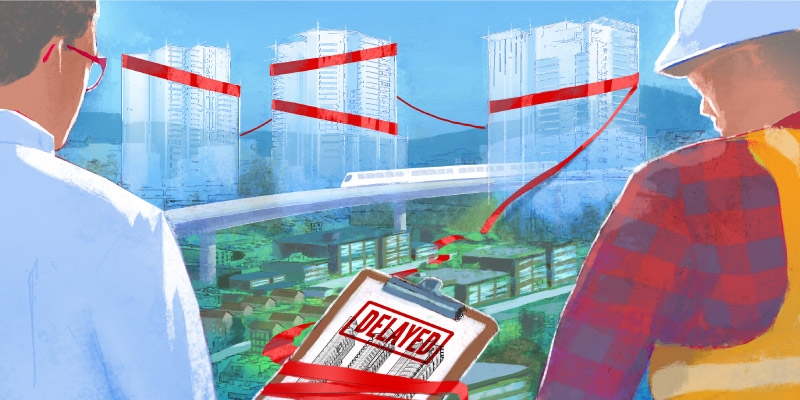 As Canadians continue to converge on urban centres and concerns about the affordability of housing grow, it is crucial to understand why the country’s major housing markets have seen such dramatic growth in prices. This study presents evidence that the regulation of residential development restricts the housing supply, encouraging the growth of prices and distorting local economies.

The study compares growth of housing stock between 2006 and 2011 with five measures of land-use regulation—approval timelines, timeline uncertainty, council and community impacts, costs and fees, and the prevalence of rezoning—as well as a summary index of these measures. More regulated districts tend to grow less, even after accounting for a range of other factors like geographical constraints and transportation. In particular, increasing the average approval timeline for residential development by six months is associated with a decrease in growth of 3.7 percentage points—equivalent to halving growth of the average neighbourhood in our data.

Direct estimates of regulation’s effect on the housing supply suggest that long and uncertain project-approval timelines are particularly detrimental to supply’s responsiveness to demand. In fact, the data suggest that moving from the average city’s approval timelines or perceived timeline uncertainty to a higher level (one standard deviation above average) is sufficient to mute completely the responsiveness of the housing supply to demand in desirable neighbourhoods. Opposition from council and community groups also substantially reduces the housing supply’s ability to respond to growing demand. On the other hand, high costs and fees and how frequently municipalities require rezoning appear to have less direct effect on the housing market’s tendency to respond to demand with new supply.

The study concludes by assessing how growth might have been distributed across each of metropolitan Toronto, Vancouver, and Calgary if regulation did not affect where housing gets built. Best estimates suggest that differences in municipal land-use regulations within these regions encouraged growth to occur farther from metropolitan cores, increasing urban sprawl. This effect is particularly stark in Greater Calgary, where less stringent regulation in Rocky View County (which surrounds Calgary) would have driven new home building closer to the region’s core—instead growth has leapfrogged over Rocky View to more distant municipalities. Under harmonized regulations, Greater Toronto would have had additional growth along the central Yonge Street corridor, which has transit access to Canada’s largest downtown. Finally, the study estimates that, if the city of Vancouver were regulated similarly to its suburbs, it might have seen additional growth in its highly desirable downtown and west-side neighbourhoods.

The negative relationship between regulation and the growth of housing stock found in this study has important implications for policy makers. First, greater regulation is associated with lower growth in an average neighbourhood even after accounting for differences in labour-market conditions, access to transportation, key demographics, and the availability of land. Finding this relationship across similar neighbourhoods in nearby municipalities shows that it is robust, and difficult to explain by other factors. Second, the relationship is a standard feature of modern housing markets: prior work has found a negative correlation between growth and regulation across the United States and this study demonstrates the same trend in a broad cross-section of Canadian cities. These results suggest that having the right regulatory framework is crucial for encouraging the supply of available and affordable housing in Canada’s growing metropolitan areas.