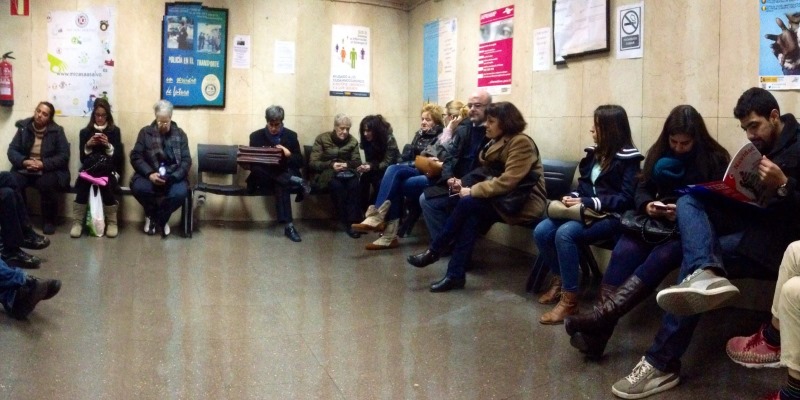 Albertans, like Canadians more broadly, spend comparatively high amounts on health care but only receive modest performance from the system compared to other universal care countries. Thankfully, there’s much Edmonton can (and should) do to improve the province’s health-care system.

According to the Canadian Institute for Health Information, in 2018, the Alberta government had the second-highest level of per person spending on health care ($5,097) among the provinces with both Ontario ($4,064) and neighbouring British Columbia ($4,269) recording much lower levels of spending.

High spending is not necessarily a problem if the results and performance are commensurate. Unfortunately, among the provinces Alberta ranks 5th on access to physicians, 7th on access to nurses, 6th on hospital beds, 5th on MRIs and 8th on CT Scanners. Notably, patients in Alberta faced a median wait of 26.1 weeks between GP referral to treatment in 2018—far longer the national average of 19.8 weeks. This combination of high spending and modest results should be unacceptable.

There is much the province can do to improve health care by learning from real world lessons from other countries such as Switzerland, Germany, France and Sweden, which maintain universal health care at similar or less expense—but with better results. These lessons include cost-sharing, greater use of private providers to deliver publicly-insured health-care services, allowing doctors to practice in both the public and private health-care systems, and paying hospitals for services provided to patients (activity-based funding) rather than using global payments.

The Canada Health Act (CHA), which governs the financial support provided by Ottawa to the provinces for health care, clearly prohibits any reforms that involve cost-sharing. This is unfortunate since requiring patients to pay some portion of the cost of their treatment (with exemptions for vulnerable populations) remains a basic practice in most successful universal health-care countries.

However, the CHA does not prohibit many other reforms that could improve Alberta health care. For example, the CHA allows private firms to deliver publicly-funded health-care services, so long as additional fees are not imposed on patients. The use of private providers is a fairly common trait of many successful universal health-care countries.

Here in Canada, the use of third-party private clinics within the public system in neighbouring Saskatchewan, beginning in 2012, helped that province go from the longest wait times in Canada to among the shortest. It’s also instructive to recognize that, on average, private providers in Saskatchewan delivered medical procedures (surgeries, etc.) covered by the reforms at 26 per cent less cost than the publicly-provided system.

Alberta made some progress on the use of private providers in the early 2000s with its introduction of Bill 11, however, several limitations including a ban on private hospitals and the requirement that public hospitals deliver all major surgical services limit the benefits of private providers delivering publicly-insured services.

Another reform option is to expand the province’s existing private parallel system of health care where Albertans pay out-of-pocket (or obtain private insurance) for the full cost of privately-delivered services. Such systems are the norm in other developed countries with universal care such as Australia, Finland, France, Germany, Ireland, Italy, the Netherlands, Norway, Sweden, Switzerland and the United Kingdom. Doing so could free up resources and alleviate pressure on the public system while providing patients with an alternative option within the province’s borders. Importantly, allowing physicians to continue practicing in both public and private settings would mitigate any concerns about the diversion of doctors to the private sector.

Alberta is a comparatively high spender on health care but at best a modest performer within the group of countries and sub-national jurisdictions with universal access to health care. Fortunately, the province has several policy options available based on successful reforms in other countries and jurisdictions including Saskatchewan.