Bank of Canada’s inflation-fighting strategy may not be enough 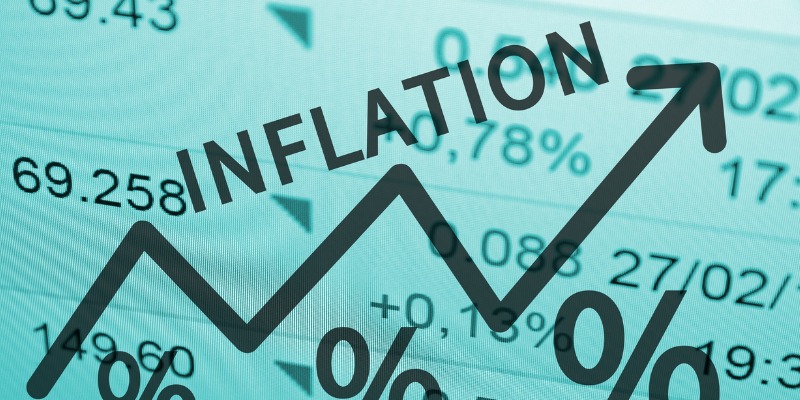 The Bank of Canada recently announced it would maintain the overnight rate it charges commercial banks to borrow from the central bank at ½ per cent, and maintain the rate it offers those banks to keep reserves at the central bank at ¼ per cent. The bank also said it was ending its program of quantitative easing (QE) and moving into a “reinvestment” phase where it will purchase Government of Canada bonds solely to replace maturing bonds at a still substantial rate of $4 billion to $5 billion per month.

In effect, the bank will stop adding QE stimulus (which essentially prints new money, thereby growing the country’s money supply) but maintain the large stimulus it’s already injected into the economy, at least for the foreseeable future. In fact, it’s been gradually reducing the pace of QE purchases since October 2020.

The major issue, of course, which has made headlines across the country (and indeed around the world) is inflation, the rising cost of things, from bacon to automobiles to apartment rents.

In the same announcement, Tiff Macklem, governor of the Bank of Canada, said measures of medium-to-longer-term inflation expectations remain well-anchored on the bank’s 2 per cent per annum target and that overall wage pressures remain moderate. While the bank expects inflation to rise to close to 5 per cent by the end of 2021, it also expects a return to the bank’s 2 per cent target by the end of 2022. Macklem said the bank aims to keep inflation under control, which means a fairly quick return of inflation to its 2 per cent target.

But here’s the problem.

Strong forces will make the bank’s inflation-fighting job more difficult than Macklem suggests. For example, the bank views the current global and domestic supply chain disruptions as a short-term phenomenon, and believes the capacity of the Canadian economy to satisfy aggregate demand with minimum upward price pressures will be restored in the foreseeable future. Yet these views may be overly optimistic.

First, consider the Canadian economy’s supply problems, spurred in part by the country’s aging labour force. Barring larger-than-planned increases in immigration or a sharp upturn in the labour force participation rate of older workers, according to most models of labour supply, the growth of Canada’s labour force will slow over the coming decades with some models even projecting essentially zero growth.

However, a commensurate increase in labour productivity growth can offset stagnant labour force growth. And due to the growing use of robotics, telemedicine and other technological innovations, the economy may be on the verge of a technological renaissance following the 2011-2020 decade (when developed economies experienced the slowest labour productivity growth rates in 50 years).

Despite these trends, there’s heated debate among economists as to whether technological change, a major driver of productivity growth, will continue to accelerate or whether we’ve “used up” our best ideas. While it’s impossible to predict technological change, there’s evidence it’s becoming more expensive to innovate across a wide range of industries. Moreover, an aging population is itself a barrier to innovation, as an aging workforce implies a shrinking cohort of individuals between the ages of 25 and 40 who are most likely to be successful entrepreneurs.

Finally, capital investments in machinery, equipment and intellectual property products such as software remain another major driver of labour productivity growth. Unfortunately, capital investment in Canada has declined in recent years and the future outlook is not encouraging. Beyond Canada’s relatively high tax rates, regulatory pressures to switch from carbon fuels to “green” energy sources, whatever the environmental benefits, will divert financial capital away from investments in traditional productivity-enhancing assets. Post-COVID political pressures to rely less on imports for “strategic” goods such as medical equipment and pharmaceuticals may further slow productivity growth by attenuating the efficiency benefits of international trade.

In light of these potential longer-run constraints on supply, Canadian policymakers should focus on improving Canada’s productivity performance. Relying primarily on monetary policy to restore and maintain price stability—that is, control inflation—arguably places an unduly onerous burden on the central bank.