B.C. government has not established legitimate mandate for electoral reform

Appeared in the Vancouver Sun, December 8, 2018 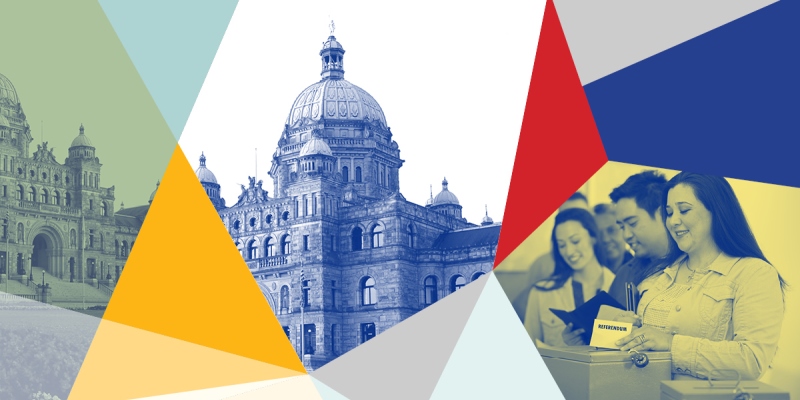 Voter turnout for the provincial referendum on electoral reform is abysmally low. The fact that only about 40 per cent of eligible voters had cast a ballot one day before the deadline presents a legitimacy problem for the NDP government to move forward on electoral reform.

From the outset, the way this referendum was handled has been problematic.

Remember, the government set no threshold on turnout. Despite this omission, Premier John Horgan’s government appeared somewhat concerned about turnout as it extended the deadline to receive ballots by one week. This is when it knew going into Nov. 30 deadline that turnout was in the 30 per cent range.

Despite this extension, voter turnout is not only lower than the last two referendums on electoral reform, it’s even lower that the referendum on the HST.

To put this into context, the last provincewide referendum was in 2011 on the question of the HST. That referendum period lasted 75 days and the percentage of total ballots cast was 52.66 per cent. Turnout as a percentage of eligible voters was 49.2 per cent.

This time around, low voter turnout, even with the seven-day extension, should not be a surprise to the government.

Based on how people returned their ballots in 2011, the highest volume of returned ballots was in the last 10 days before the ballots were counted. This makes sense, as voters know that they need to get their ballots in early to ensure that they are received by Elections B.C. by the last day of the referendum.

Why is voter turnout so important? There are three related issues regarding turnout of the election and the threshold for support being 50-plus-one per cent of the vote.

First, both the NDP and Greens have argued that the system is broken and the public wants change. The fact that less than half the population has exercised its franchise means that those most in favour of change are the political parties themselves—not the public at large.

Secondly, turnout is lower than the last provincial election in 2017 when turnout was 57.7 per cent. Having significantly fewer people vote on a referendum to change an electoral system than would normally vote in that system seems fundamentally at odds with the premise of proportional representation.

The design of the referendum occurring separately from a provincial election, and by mail-in ballot, gives the impression that it was designed to suppress voter turnout. This alone would make any result from the referendum suspect and open to questions regarding whether the government had a mandate for change.

The third problem with the referendum is the question itself.

While the first question is straightforward, the second question that asks voters to rank three systems, of which two have never been used, has its own problems of legitimacy.

The second question does not fulfil internationally recognized best practices regarding referendum questions that they not be biased. By pitting a known electoral system, mixed member proportional (MMP), against two theoretical systems, rural urban proportional (RUP), and dual member proportional (DMP), it biased the results in favour of MMP.

Given this flawed process, it was always likely that MMP would be the first choice of the majority of those who answered the second question. This is simply because it’s the only electoral system that voters knew worked in practice.

This raises additional concerns about the legitimacy of the result.

How can the government claim it has a mandate for change if fewer than half the people turn out to vote, and of those who do, a significant number did not answer both questions? Despite Premier Horgan’s assertion that he has the public’s blessing to proceed with MMP, it’s simply not a legitimate mandate when fewer than half the population vote.

There is a precedent for this.

When Prince Edward Island held its referendum on electoral reform in 2016, the ranked ballot used gave them MMP on the fourth round of voting, with 52.4 per cent of the vote. Because voter turnout in that election was only 36.4 per cent, the government concluded the result was inconclusive because of the low voter turnout.

By not designing a fair ballot and by holding the referendum by mail during a non-provincial election year, the government has made it extremely difficult to claim that they have the authority to proceed with changing British Columbia’s voting system.