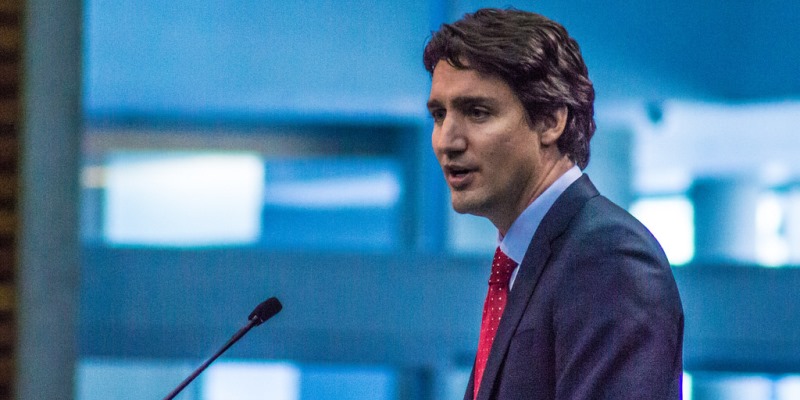 There are essentially two competing views—though there’s never a pure version of either implemented—of how best to develop an economy. One view is that the government take an activist interventionist approach to promote prosperity. That active role entails picking economic winners and losers through preferential subsidies, protection and other special privileges. This approach to the economic role of government has a dismal track record in terms of actually making people's lives better.

It’s becoming clear that some variant of this harmful economic view heavily influences the policy choices of the current federal government (and several provincial governments). The SNC-Lavalin scandal is due in some measure to this worldview.

According to this worldview, it’s not sufficient for government to ensure competitiveness and that the rules of the game are fairly and evenly applied to all participants. As federal Finance Minister Bill Morneau explained after delivering the Liberals’ first budget in office: “we’re investing in sectors where we know we can beat the world,” he said, adding that “we’re definitely choosing places where we can win globally” and “we’re making investments to grow our economy”.

And this interventionist approach isn’t limited to federal politicians. Former British Columbia premier Christy Clark recently expressed outright surprise that any government would not defend individual firms and the jobs attached to them.

Clearly, the government’s role from an activist perspective is to ensure that certain favoured sectors—and certain favoured firms—succeed, even if that means tilting the playing field in their advantage. Put differently, this worldview sees the government as an active partner with private sector firms. When one understands that these ideas underpin the worldview of the current federal government, it’s less surprising to hear Quebec MP Steven MacKinnon, the Parliamentary Secretary to the Minister of Public Services, state on the CBC that “this company [SNC-Lavalin], like its competitors, is entitled to a deferred prosecution arrangement.”

Enter SNC-Lavalin and the overstated fear of job loss in Montreal. Given the interventionist approach of the government, it shouldn’t be surprising to hear former attorney general Jody Wilson-Raybould allege a “consistent and sustained effort by many people within the government… to politically interfere in the exercise of prosecutorial discretion” to secure a special legal dispensation for SNC-Lavalin.

Those who believe in the need and efficacy of interventionist government wouldn’t see or interpret what they were doing as inappropriate, illegitimate or unethical. Rather, they’re defending specific economic interests they see as partners in growing the economy.

Moreover, the very idea that existing firms should fail, or at least incur significant costs, when they make poor decisions, and that those costs should be imposed on the owners (i.e. shareholders), and that other firms will expand and/or new firms will emerge to capture their market share, would be largely foreign to proponents of activist government. Witness the constant refrain from the prime minister and his surrogates that they were trying to protect jobs in their advocacy for SNC-Lavalin.

When Wilson-Raybould, who seems to have handled herself with dignity and professionalism, defended the independent rule of law, she was also defending—perhaps unknowingly—an entirely different approach to economic policy than the prime minister or the government more broadly.

Indeed, in many ways the former attorney general was channeling the general economic approach of the last Liberal government led by Jean Chretien. The Chretien Liberals moved away from interventionist economic policies in their attempt to reign in spending to balance the budget and to improve the economy. They focused on balanced budgets, competitive and lower taxes, prioritized and lower government spending, and avoiding picking winners and losers to create a more hospitable, inviting climate for entrepreneurs, businesses, professionals and investors. Indeed, the Chretien Liberals gutted business subsidies and focused much more on getting the fundamentals right.