Let’s not double-down on the nanny state 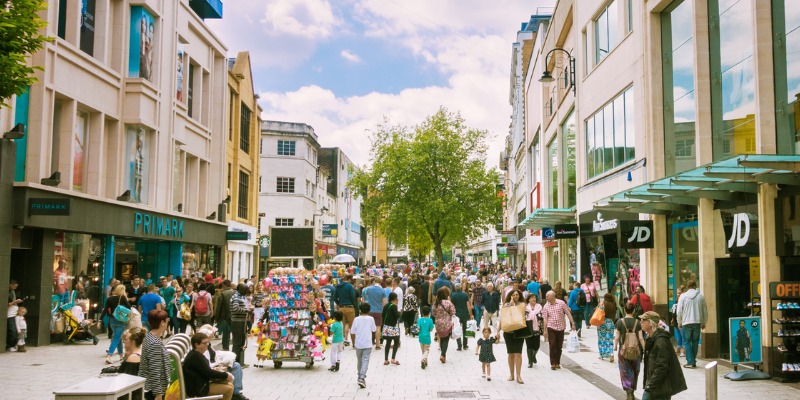 Hard times make strong people, the saying goes, but it didn’t work out that way for the Brits. Victorious but beaten to within a hair of its life from six years of war with Hitler, the United Kingdom opted for socialism. In a landslide election following victory in Europe in 1945, voters threw out Winston Churchill in favour of Labour Leader Clement Attlee who proceeded to create the British welfare state. After sacrificing everything to protect their freedom, voters chose a government that promised to look after them. Except for the period under Margaret Thatcher, who tried to turn the ship around, the U.K. has been on the road to serfdom ever since.

Other Western nations have, too. In Canada, the administrative state is now ubiquitous. It regulates haircuts, dog food, cheese and mattresses. It taxes and subsidizes, plans and incentivizes, licenses and inspects. Over time, we have become more like China than China has become like us. Now, in the name of a virus, government is not just supervising but driving the bus. Businesses are shut and liberties curbed. Public coffers are the only reliable source of money. Earlier this month, the Guardian’s Patrick Wintour argued that losers in the post-corona world order will include those who have argued for the deconstruction of the administrative state. Turns out government is willing to move in only one direction: bigger. We are about to double down on the nanny state.

Don’t believe it? Look around. Already there are calls for the Canada Emergency Response Benefit (CERB) to become a universal basic income. Taxes of all kinds will go up. Strategic industries may be nationalized or protected. Governments will demand ideological fealty: the application for the Canada Emergency Business Account (CEBA) requires businesses to pledge their compliance with politically loaded requirements to qualify for state support. Governments in Canada have been urged to emulate the U.K.’s policies for combatting loneliness. We have embraced the idea that the role of government is to protect us not just from viruses but from the vicissitudes of life.

Societies dominated by state bureaucracies forget where prosperity comes from. Policymakers talk of restarting the economy as though “the economy” has switches and controls. But markets are more like ecosystems than machines. Like ecosystems, markets are not tangible things. The farmers’ market in the town square is not what economists mean when they use the word “market.” Markets are not places, goods or people. As Gertrude Stein famously said in a different context, “There is no there there.”

Markets are, rather, merely patterns of transactions. A hunter kills a deer. A woodworker makes a set of chairs. The hunter already has meat for the winter and the woodworker already has chairs in her house. The result: a trade. Trades constitute markets. Usually we buy and sell with money, of course, but the idea is the same.

People buy, sell and trade when they perceive that doing so will make them better off. They trade $4 for a bag of apples if they want apples more than they want to keep their $4. Their reasons are their own. By pursuing their own interests, people provide what others desire in exchange. No one is in control of the market, yet it co-ordinates demand, supply and price, and every transaction makes the parties better off. No administrative state has ever invented a superior way to satisfy wants and create wealth. The invisible hand works better than an iron (or any other kind of) fist. Markets, like ecosystems, don’t exist because of government. Legal rules and a currency make transactions more secure, efficient and enforceable, but people have traded throughout history with or without them.

The virus may be “natural” but governments have made the crisis. The feds gave away masks and gloves, kept borders open and allowed flights from China and elsewhere to continue to arrive. Provincial governments shut down restaurants, shops and schools in order to protect our wobbly, state-run health-care system by “flattening the curve.” Poorly operated, state-supervised long-term care facilities have been hardest hit. Draconian rules and overzealous police officers prohibit playing with your kids in the park. The circumstances are new but the pattern is not: governments create problems and then seize more power to address them.

The answer is not to double down but to turn around. The larger the welfare state, the more it stands in the way of well-being. Those who crave safety and order are asking to be safe, controlled, equal and poor. Prosperity is born of the creative crucible of markets and economic competition. The wealth we have enjoyed in this country is not God-given, natural or inevitable. It is easily lost. Perhaps we will see how easily.