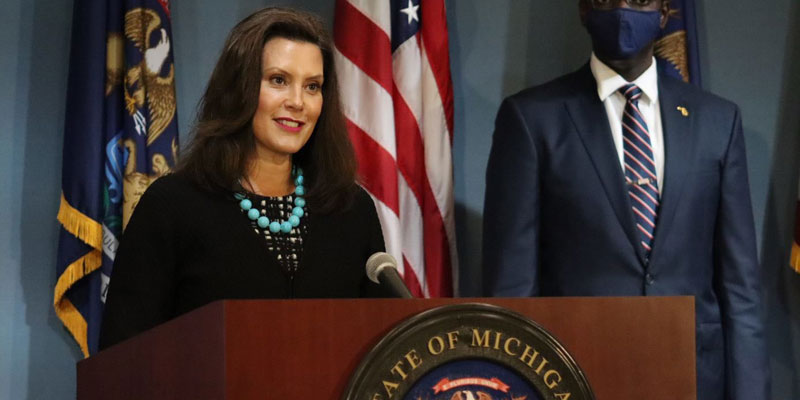 The Biden administration’s rejection of the Keystone XL pipeline was national news. But Michigan Governor Gretchen Whitmer’s cancelation of the easement for the Line 5 pipeline could also be devastating.

Defenders of the governor argue that Line 5 operator Enbridge has repeatedly ignored safety violations (although U.S. regulators haven’t found any serious problems). Critics of the governor claim that Line 5 remains a crucial component of Canadian oil transport, supporting thousands of jobs and millions of energy consumers. The controversy underscores the problems with politicized energy markets, where government officials receive little feedback on the costs of their decisions.

Enbridge Line 5 begins in Superior, Wisconsin. It takes Canadian crude east, travelling through Michigan and its Straits of Mackinac, eventually ending in Sarnia, Ontario. According to Enbridge, Line 5 transports up to 540,000 barrels per day of crude oil and natural gas liquids.

In her announcement last November, Michigan’s governor revoked the easement for Enbridge that began in 1953, giving the Calgary-based energy transportation company until May to discontinue use of Line 5. Citing repeated safety violations, Whitmer claimed, “Enbridge has imposed on the people of Michigan an unacceptable risk of a catastrophic oil spill in the Great Lakes that could devastate our economy and way of life.”

Canadian officials and union leaders were alarmed. Almost 5,000 workers are directly employed in processing the petroleum products Line 5 brings to Sarnia. According to federal Natural Resource Minister Seamus O’Regan, after feeding into Line 9, the pipeline provides some 66 per cent of the crude oil used in Quebec. Cutting off Line 5 would make it more expensive for Canadians to drive or heat their homes.

In theory, Whitmer is acting on behalf of her constituents who don’t want oil spills in the Great Lakes. But is she weighing the costs and benefits correctly? According to a company brochure, Enbridge paid more than $60 million in property taxes in the state of Michigan in 2018 alone, and the pipeline delivers more than half of the propane used in the state. Furthermore, the U.S. Pipeline and Hazardous Materials Safety Administration—the federal regulator in charge of pipeline safety—commissioned an extensive 2016 safety review that found no serious problems, and in June 2020 concluded that a reported displaced anchor posed no threat of leakage. If aware of these facts, would the average Michigan resident favour a total cessation of Line 5 activities, as opposed to (say) fortifying potential weak points to further reduce the risk of a leak?

For those Michigan citizens who oppose Whitmer’s move, what’s their recourse? They could vote against her reelection in 2022, but Line 5 is but one among numerous issues. And if Governor Whitmer’s decision doesn’t pay adequate attention to Michigan citizens, she definitely doesn’t feel the pain her move will impose on Canadians. Other than Enbridge’s court challenges, all Canadians can really do is plead with Prime Minister Trudeau to ask President Biden to intervene.

A standard justification for government intervention is that private business ostensibly ignores the environmental impact of its actions on third parties. Yet as the Line 5 controversy demonstrates, this problem plagues political action as well. By announcing the imminent revocation of the Line 5 easement, Michigan’s governor is imposing economic hardship on millions of Americans and Canadians, while she positions herself as a champion of the Great Lakes.