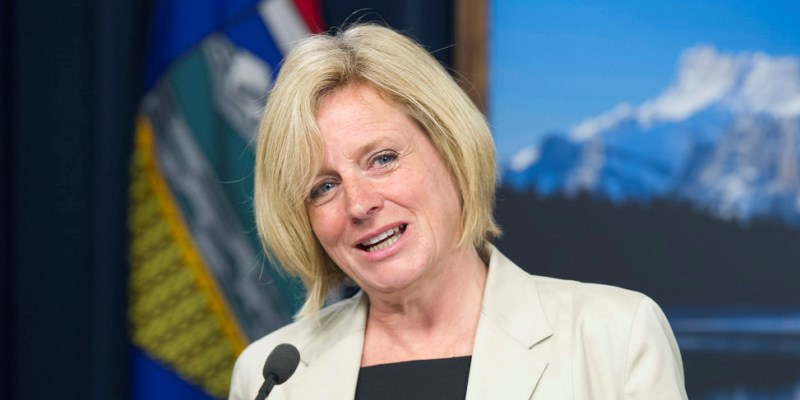 After a first ministers meeting where Prime Minister Justin Trudeau had to be cajoled and threatened with a boycotting minister to get important energy policy onto the agenda, Premier Rachel Notley, once again, seems to have walked away with little or nothing of substance to advance the building of vital pipeline arteries Alberta needs to get its oil to more lucrative markets abroad.

Adding insult to injury, Quebec Premier Francois Legault slammed the door on the resurrection of the Energy East pipeline, saying “I understand that Alberta and other provinces that produce oil want to find ways to get it [to tidewater], but I was very very clear… There is no social acceptability for a pipeline that would pass through Quebec territory.”

At the same time, federal Finance Minister Bill Morneau ensured that the cash pipeline of equalization would continue to flow to Quebec, boldly declaring that “Moving on equalization may well be a possibility the next time we renew it, which will be in four years,” which will keep the current equalization system through 2024. In other words, once again a meeting of first ministers has little more than a lump of coal for Canada’s oil and gas economy, one of the engines of Canadian prosperity.

All of this clearly has Premier Notley scrambling to try and show she’s doing something—anything—to break the virtual east-west embargo on Alberta’s oilsands. Among her recent gestures, Premier Notley put Alberta into the rail car business, promising to purchase 7,000 cars to move Alberta crude to markets. At the same time, she has ordered a production cut of 325,000 barrels a day across the board—on both firms that are still profitable, and those that are not. This, ostensibly, to firm up prices for Alberta crude.

More recently, the premier expressed an interest in increasing refinery capacity in Alberta, but as IHS Markit (an analytical consultancy) has shown, “Alberta produces more refined product than we now need domestically. So you are still going to need incremental pipeline capacity to deliver that volume to market.”

Now, to her credit, Premier Notley has made still another gesture regarding her seriousness about the pipeline boycott. She’s actually suspended a component of her Climate Leadership Plan—the plan, that we were told, would secure social license to build pipelines and expand production of the oilsands. The Notley government has suspended the 100 megatonne limit on greenhouse gas emissions from the oilsands. Even though at current prices, Wood Mackenzie Group analyst Stephen Kallir estimates the cap might not be reached by 2030 given current market conditions, so suspending the cap is mostly symbolic. Abolishing it would not be. Conveniently, the suspension pushes the issue of the carbon cap neatly past the upcoming provincial election. This is weak tea, and far too little and too late, but it’s a least a gesture in the right direction.

Again, Alberta’s oil and gas sector has received little more than coal in its holiday stocking. The premier could drop more candy in there if she took a really big step and suspended, or better yet, repealed her failed “Climate Leadership Plan buys social license” idea in its entirety. That would go a long way toward sweetening the holidays and brightening the new year for Albertans who are growing increasingly tired of holding out their empty pipeline bowl to the prime minister, and saying “Please sir, I want some more.”