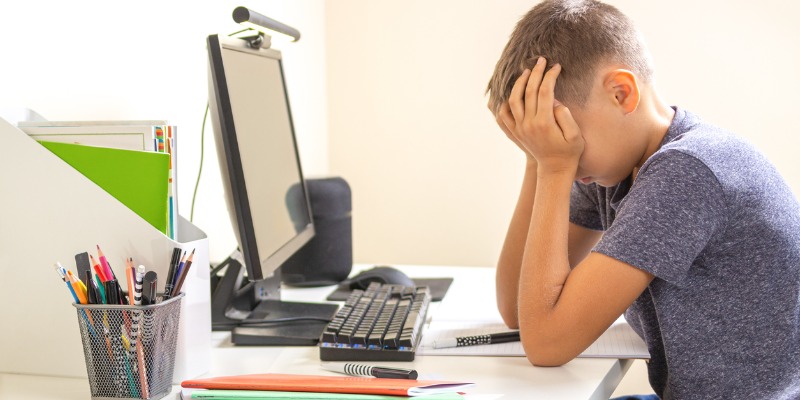 While the chaos and isolation of school closures in Ontario may have been relatively short-lived for students and families this time around, is Premier Doug Ford listening to parents who say their kids have fallen behind?

According to a poll conducted by Leger (and commissioned by the Fraser Institute) in November 2021, before the Ford government rang in the new year with school closures, nearly 80 per cent of Ontario parents of children in K-12 schools said their child had fallen behind due to government pandemic policies and the impacts of COVID-19. And one in five Ontario parents (20 per cent) had no confidence their child's school had a plan to catch them up.

That was November. At that point, between March 2020 and May 2021, Ontario kids had missed 19 weeks of school—the most in Canada. Now, thanks to the Ford government’s decision, Ontario children will miss at least another two weeks, with in-person learning scheduled to resume today (Jan. 17) although the weather has delayed this in many areas. That’s 21 weeks (and counting) of missed classroom learning, on top of many children missing school due to provincial COVID isolation policies.

You can’t blame Ontario parents for, at the very least, being confused. On Dec. 10, Kieran Moore, Ontario’s chief medical officer of health, assured parents the government would not prolong Christmas break. Twenty days later, he said much the same, extending the break by only two days, allocating time for the province to provide N95 masks and HEPA filters for schools. But shortly after these assurances, the government changed course and Premier Ford shuttered schools again.

The result? Parents are once again struggling to work from home while their children sit in front of computer screens, often with the joy of learning extinguished. For parents who work shifts or must physically report to work, the burden is on a whole other level.

That’s not to say it hasn’t been successful for some kids. And some families have discovered a love of homeschooling. Others have enrolled in independent schools or formed learning pods (groups of children learning together, often from home) better suited to their child’s needs. Indeed, some families have been pushed to discover new learning methods that work for them, and that’s a silver lining of the pandemic. But so many others have struggled with significant academic setbacks.

According to the Leger poll, parents in independent schools are feeling better about the situation compared to public school parents. Specifically, 82 per cent of parents with children in independent schools nationwide say their child’s education was “minimally impacted” or that their child is “behind a little” due to the pandemic and related policies, compared to 64 per cent of parents with children in public schools. Yet in Ontario, the government is also forcing independent schools to close, even if these schools have plans to implement new public health measures.

How far behind are our students? The learning loss is hard to quantify. Standardized testing has not occurred as usual in Ontario during the pandemic (some teacher unions even urged parents and students not to participate in testing at all). But in the United States, continued standardized tests show a decline across the board in the wake of school closures and virtual learning, with vulnerable students and those still learning to read hit hardest.

It’s worth remembering that Ontario students were behind even before the pandemic. According to the Programme for International Student Assessment (PISA) test scores, Ontario’s average math, science and reading scores declined between 2003 to 2018 (the most recent year of data). In math, Ontario students were below the Canadian average. Results on the Trends in International Math and Science Study (TIMSS) and the Pan-Canadian Assessment Program showed similar declines.

To date, the Ontario government has chosen to close schools for longer than any other province. Polling shows parents believe their children have already fallen behind. It’s time for Premier Ford and others to take this learning loss seriously and address this problem before more damage is done.