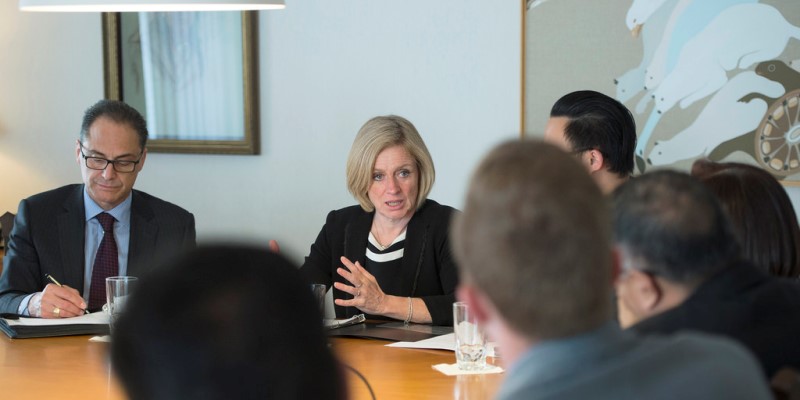 In a report from Bloomberg News, Robert Tuttle shows the level of absurdity reached in Canada, where clogged pipelines and a slow-to-respond rail system have led to a new thing—the long-haul transportation of oil by tanker truck. Almost 230,000 barrels of crude were exported by truck in August, the most since January 2015. Every month since last December, more than 100,000 barrels of crude have been shipped by truck.

This is every bit as bad as one might think, both economically and environmentally. Down in the States, research group Strata compares the data on rail, pipeline and truck transport in terms of worker safety, cost of transport and environmental impacts.

From a safety consideration, Strata found that fatalities for workers shipping oil is 1.7 for pipeline workers, 2.4 for rail workers, and 10.2 for workers involved with trucks.

On the environmental side, based on 2013 data, pipelines released 269 barrels of oil per million tonnes moved over a mile, compared to 83 barrels for rail 326 barrels for trucks. These results conform largely with work done at the Fraser Institute in 2013 and 2017. The latter study, while it did not look at tanker truck data, clearly showed that moving oil by pipeline is safer than moving the same volume by rail. Marine tankers are safer still.

It’s been five months since Prime Minister Trudeau nationalized the Trans Mountain pipeline expansion project. Virtually no progress has been made, opposition to the project continues, and a steaming Premier Rachel Notley is still making threats but taking no actions. The only aspect of her Alberta Climate Leadership plan (and its $30 per tonne carbon tax) that she has threatened to change is her prior agreement to follow the Trudeau carbon-price escalator, which would see Alberta’s carbon price (and all of Canada’s price) rise to $50/tonne by 2022.

Of course, that’s hardly much of a threat, since Alberta won’t need to hike its tax until 2021, when quite possibly, Notley might not have much to say about it.

But if Premier Notley is serious about reversing Alberta’s fortunes, she must go far beyond threats. There are many actions she could take—concrete actions, not symbolic statements—to really help Albertans. A recent study by the Fraser Institute suggests many ways to lighten the burden of burgeoning regulation flowing from the Climate Leadership Plan and other actions.

Scrapping the more onerous parts of the premier’s plan (including Alberta’s carbon tax and 100 megatonne cap on oilsand greenhouse gas emissions) and implementing regulatory reform to boost investor confidence in the province would be a good way to show that she’s deadly serious and not just posturing on pipelines.