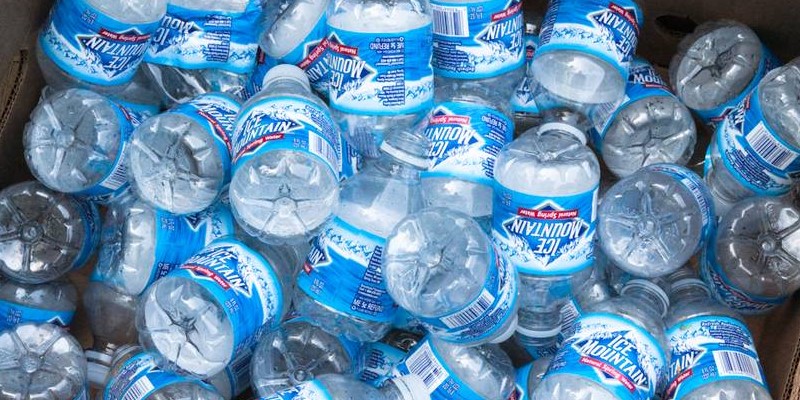 When I speak or teach on environmental policy, one question often comes up. What to do about all the plastic waste, and why don’t we just ban it all?

Until a month ago, my answer would have seemed abstract and unconvincing to a lot of young people. I’d note that much of our current reliance on plastic packaging was motivated by the need for public hygiene. We used to get our meat the way we still get most of our vegetables—from open counters. But people grew uncomfortable with the exposure of meat to insects and germs, not to mention the problem if people handle raw meat in one aisle then touch products in other aisles, so stores responded with those little Styrofoam trays with absorbent liners and clear plastic wrap, to which we all soon grew accustomed.

Lots of things got wrapped in cellophane to avoid being touched by other customers. Would you want to buy a toothbrush from a bin that a hundred people rummaged through? As for disposable plastic water bottles, this is surely one of the great public health inventions of the modern age. They are remarkably cheap and they save us the ordeal of shared public water fountains.

A lot of plastic packaging is just marketing. But there’s still the hygiene angle. On Christmas morning you can be sure you are getting a doll that hasn’t been sneezed on by all the other kids in the toy section at Walmart.

In an age when few people had ever been affected by a pandemic, such considerations receded in importance. Meanwhile stories of garbage filling the oceans led to fears that we are wrecking the planet with our throwaway plastic waste.

In response to such fears, just weeks before the coronavirus hit New York City hard, the New York State legislature banned plastic grocery bags. Then as if acknowledging the connection, the state has temporarily suspended implementation of the law, while urging people to remember to wash their reusable cloth bags.

Whether or not a ban on plastic bags has big implications for public health, the better question to ask is whether it (or similar bans on single-use plastics) will do any good for the world’s oceans. The answer is no. Canada’s single-use plastics are not the source of ocean contamination. Banning them will impose costs and inconvenience here, while doing nothing to fix the problem.

As reported by Our World in Data, only a tiny fraction (about three per cent) of the world’s plastic production is handled in such a way that it can end up as ocean waste each year. Very little of that fraction comes from high-income countries because we have effective waste management systems. Plastic that goes into a Canadian landfill has no chance of ending up in the ocean, especially if the landfill is away from rivers and coastlines. More than 50 per cent of the Great Pacific Garbage Patch is abandoned fishing nets and gear.

Most (86 per cent) of plastic waste entering the ocean from land comes via a handful of rivers in Asia. While much of that waste is domestically-produced, up to 2017 about 10 per cent was from imported plastic waste. China used to import plastic collected from recycling programs in Europe and North America for processing. Because so much of it was not usable, it was discarded. Our small contribution to plastic waste in the ocean did not come from the garbage stream, but from the recycling stream. It would have been better if we landfilled it.

In an effort to clean up its own backyard, China stopped importing plastic waste in 2017. There’s still a long way to go before the flow of plastic into the ocean is stopped. Bans on drinking straws or grocery bags in Canada won’t stop it; economic development and improved waste management systems in low-income countries will. The best way for us to make sure our waste doesn’t end up in the ocean is to send it to the landfill rather than trying to sell it on the international recycling market.

Meanwhile, for those who have lamented our use of plastic packaging over the years, it’s understandable, especially since the marketers sometimes make excessive use of the stuff. But the coronavirus shows that public hygiene was, and remains, an important priority, and we downplay it at our peril.