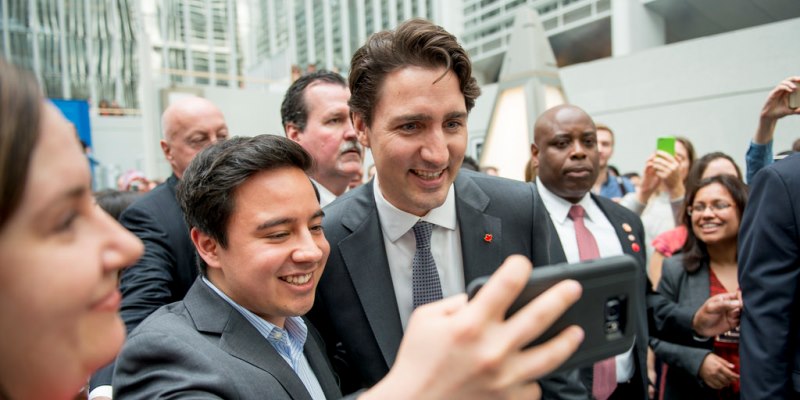 There’s no doubt Prime Minister Justin Trudeau’s been having a hard time lately—dealing with nasty remarks from President Trump with regard to tariffs, and the fallout from the Kinder Morgan pipeline situation.

However, Trudeau’s handling of these important matters has been lackluster and it appears that he could use some better advice in dealing with three key issues.

First, the new U.S. tariffs on steel and aluminum, which President Trump justified by reference to the national security argument for protection. In an emotional speech, Trudeau lamented Trump’s neglect of the two countries’ history of military alliances in a number of wars, and said “that Canada could be considered a national security threat to the United States is inconceivable.”

In fact, the national security argument is invoked when imports threaten the very existence of national industries producing weapons and other goods needed by the country’s military. It’s argued that the global glut of steel and aluminum caused mostly by mistakes made by China’s economic planners poses such a threat as countries buy these products from China at a discount and sell them to American companies at a higher price.

This is not the place to examine the validity Trump’s argument generally and in the case of Canada. The tariffs may actually be designed to meet his election promises to the firms and workers in these protected industries rather than save them from demise. His use of the national security argument is simply a convenience since he’s legally entitled to justify tariffs on this ground without having to face a possibly antagonistic Congress.

The second issue involves the purchase of the Kinder Morgan pipeline by the Trudeau government. For reasons difficult to understand, the prime minister failed to defend the policy by pointing out that it will yield a very high rate of return. Assuming that with his political reputation at stake he will get the pipeline built, the increased capacity to move oil to tidewater and sell it at world prices will eliminate the currently existing gap between the oil prices in the world and in North America caused by the current shortage of capacity to transport oil to world markets.

The elimination of this gap will increase the profits of Canadian oil producers by $16 billion a year without increased production and more if output is increased. Assuming a corporate income tax rate of 20 per cent, the new pipeline will bring the federal government at least $3.2 billion in additional tax revenue every year, which is enough to repay the $17 billion involved in acquiring and building the pipeline in less than six years.

After that, the tax revenue can be used to fill the Liberal promise of helping the middle class by lowering taxes or the cost of housing. These policies can be financed earlier once pipeline business is sold back to the private sector without significant losses.

The third issue involves Trudeau’s failure to explain the double standards of Canadians who protest the construction of the pipeline. On one hand, they insist the environmental cost of oil spills is so high relative to the economic benefits that no risks could justify the construction of pipelines and the subsequent oil tanker traffic along the British Columbia coast. Some protesters, who are fighting global warming, also oppose building the pipelines.

Yet they misrepresent the risk. There’s no such thing as perfect safety. We all face a certain amount of danger just by getting out of bed and pursuing life’s routine activities. According to statistics from 1993 (the latest available data), one Canadian male dies every four hours as a result of vehicle collisions, every nine hours from accidental falls, every 16.5 hours from accidental poisoning and every 18 hours from homicides. These accidents happen despite great efforts by individuals and governments to avoid them. That cannot stop us from doing the things we need and want to do.

The risk of oil spills has been lowered so much by government regulations that it’s likely to be very similar to those encountered by individuals every day and the economic and social benefits of the production and sale of oil to Canada are comparable to those enjoyed by individuals going to work every day. The consumption of consumer goods emitting greenhouse gases goes on simply because there are no alternatives reducing total emissions by significant amounts.

Protestors should be exposed for the double standards they apply to their own actions and those of firms producing, transporting and selling oil that serves the public interest, while contributing trivial amounts to total greenhouse gas emissions in the world.