A tale of two diverging energy fortunes—U.S. vs. Canada 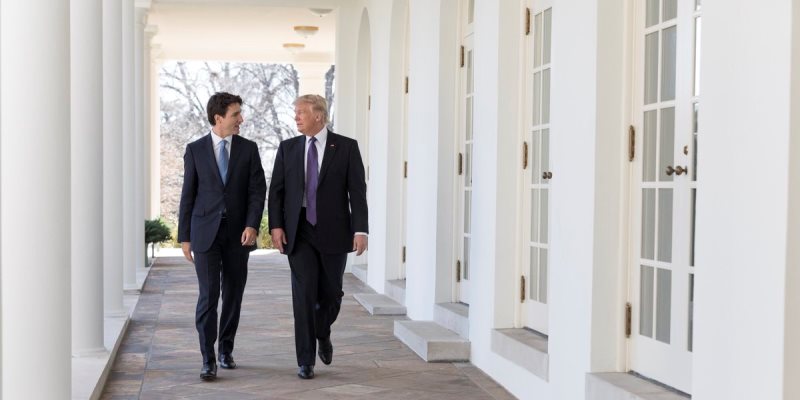 Over the past few years, the governments of Canada and the United States have taken markedly different approaches to energy development, particularly with oil and gas. Consequently, the U.S. energy industry is booming while Canada’s continues to struggle despite increases in oil and natural gas prices.

Canada enjoys the world’s third-largest reserves of oil and is the fifth-largest producer of natural gas. One would, therefore, expect a surge in activity as energy prices rebound. The opposite, in fact, has occurred. Investment in Canada’s energy sector has collapsed. Capital spending in Canada’s oil and gas sector declined by almost 51 per cent between 2014 and 2017.

A number of CEOs of both domestic and international energy companies have publicly stated they will not invest further in Canada due to its deteriorating competitiveness. Steve Williams, CEO of Suncor, recently said his company will reduce its investment in Canada in large measure due to burdensome government regulations and uncompetitive tax rates.

Clearly, Canada’s energy sector continues to struggle primarily because of poor government policies. The federal and several provincial governments have made it incredibly expensive, and in some cases simply inhospitable, to do business in Canada.

The Trudeau government, for instance, is imposing a national tax on carbon despite many countries (including the U.S.) moving away from such a policy. Ottawa also revamped its approval process for major energy projects, which most observers conclude will increase uncertainty and further politicize the process. The new process includes additional criteria such as gender-based assessments and “traditional knowledge” of Indigenous peoples.

The federal government has also failed to expand pipeline capacity. It cancelled Enbridge’s previously approved Northern Gateway pipeline that would have delivered oil to the West Coast. TransCanada Corp. abandoned its cross-country Energy East pipeline weeks after the new regulatory review process was announced. The government was also forced to nationalize Kinder Morgan’s Trans Mountain pipeline in a last ditch effort to add pipeline capacity. But even that plan is now in limbo, as Canada’s Federal Court of Appeal on Thursday rejected the $9.3 billion deal, citing inadequate consultation with First Nations and concerns over marine tanker traffic. This year alone, it’s estimated that Canada’s oil and gas sector will lose nearly C$16 billion due to discounting from restricted market access.

Prime Minister Trudeau has intimated that the ultimate goal is to shut down the oil industry. These policies and anti-development rhetoric from the federal government have been exacerbated by similar policies and rhetoric from Quebec, Ontario and British Columbia.

It’s difficult to imagine a starker contrast than the U.S. where President Trump, almost immediately after inauguration, began promoting the country’s energy sector. He rescinded or scaled back several Obama-era regulations that impeded resource development such as controls on power-plant emissions, regulations on hydraulic fracturing on federal lands, and he withdrew from the Paris climate agreement.

The administration along with Congress also passed sweeping tax reforms that significantly reduced the cost of capital, facilitated the repatriation of offshore profits, and provided immediate relief for firms making capital investments. In short, the Trump administration has made the U.S. much more competitive and attractive to do business and investment, particularly in the energy sector.

The results have been even better than many advocates predicted. Production of oil has increased significantly, breaking 10 million barrels a day in November 2017 for the first time since production peaked in 1970. As reported by the Energy Information Administration, U.S. oil production will rise to an expected 12 million barrels per day by the fourth quarter of next year.

Similarly, natural gas production has increased, reaching 33.2 trillion cubic feet of natural gas in 2017—a 1.7 per cent increase from 2016 production.

And a recent survey by Barclays Banks estimated that capital spending for exploration and production in the U.S. oil and gas industry will rise by 9 per cent this year alone. Perhaps most telling is that the International Energy Agency expects the U.S. to emerge as the undisputed global oil and gas leader over the next decade.

So while Canada diverts resources away from its oil and gas sector and makes it more expensive and risky to do business in the country, the U.S. is making its industry more competitive and hospitable to development, investment and even entrepreneurship. The results are self-evident. The U.S. industry is booming, benefiting both consumers and producers, while Canada’s sector is struggling.