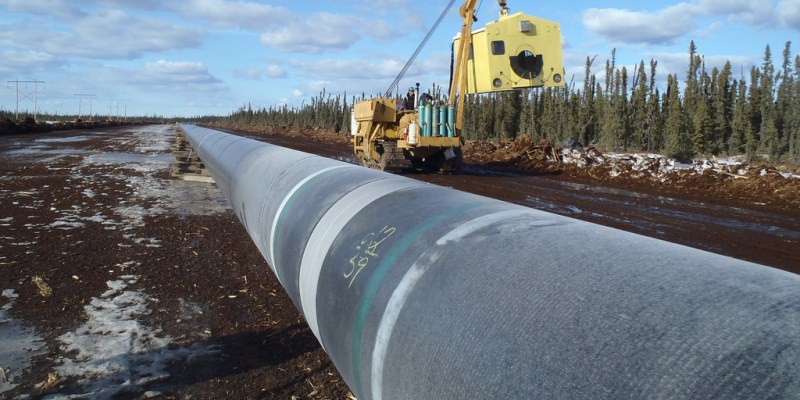 On Groundhog Day on February 2, Punxsutawney Phil in the United States and Wiarton Willie here in Canada ceremonially emerge from their dens, and if they sees their shadows (meaning it is a sunny day), they return to their dens for an additional six weeks of winter. And of course, who can forget the classic movie Groundhog Day, where Bill Murray plays a reporter stuck in a seemingly endless time loop where every day is a replay of Groundhog Day from which he cannot escape.

Given recent developments on the Trans Mountain Pipeline Expansion project, we seem to be reliving Groundhog Day, but in September. On September 21, federal Natural Resource Minister Amarjeet Sohi emerged from a meeting room in Halifax, apparently saw his shadow, and announced that the Trudeau government wants yet another review of the now-publically-owned $4.5 billion Trans Mountain project. The National Energy Board (NEB) now has an additional 22 weeks to conduct a “thorough and prompt review” of a recent federal court decision that suspended the project, citing insufficient aboriginal consultation and failure to study the impacts of increased tanker traffic on killer whales off the southern coast of British Columbia.

Alberta Premier Rachel Notley must feel a lot like Bill Murray these days, in an endless time loop, watching the same events happen over and over again. She has once again warned that Alberta will not join in the federal carbon-price backstop plan until the Trans Mountain pipeline is built (a somewhat hollow threat since Alberta would not have to hike its existing tax until 2021). And she once again rolled out her most potent rhetoric, saying ”We will not tolerate any legal game-playing. We will hold Ottawa’s feet to the fire.”

Furthermore, she added, “We will campaign like never before to continue our work winning the hearts and minds of Canadians in a fight we are already winning.” How the premier can think reaching a point of utter desperation to build a pipeline that ultimately had to be nationalized is “winning,” I don’t understand. But perhaps she sees things differently than normal folks.

Environmental groups are already honing their legal arguments for after the new review is complete. Keith Stewart, an energy strategist with Greenpeace, says the government is treating the new review like a “box-checking exercise,” arguing that the new review is not a true consultation process.

The Trans Mountain pipeline has been reviewed to death, and should have been built before the recent court case was ever brought. But of course, it wasn’t. Kinder Morgan applied to the NEB in December 2013, planning to have oil moving through the pipeline by 2019. Protests against the pipeline started the next year. The NEB took more than two years to review the project, subjecting it to 157 conditions, and concluding that the pipeline was in the public interest. Now, five years later, it’s back to paralysis by analysis. Welcome to Groundhog Day.