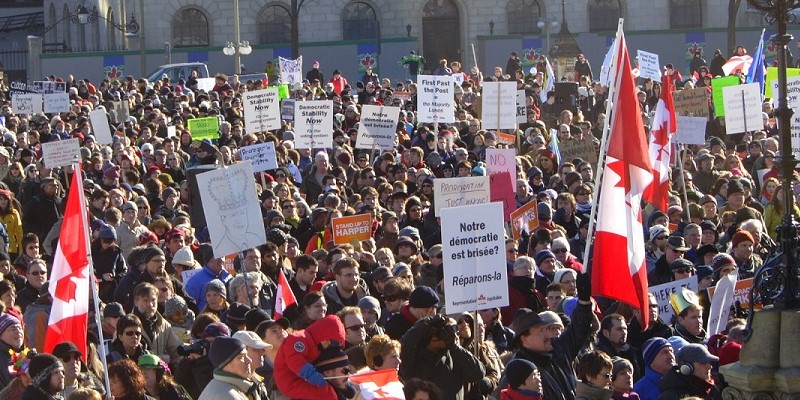 Last year—2019—was the year the climate issue took a sharp turn towards extremism. Let’s hope 2020 is the year sanity makes a comeback. There have long been three groups occupying the climate issue. To avoid pejoratives, I will call them A, B and C.

The A group are the doubters. They don’t believe greenhouse gases (GHGs) do much harm and they don’t support expensive climate-policy interventions. If we must choose between climate policy and the continued use of inexpensive fossil energy, they readily choose the latter.

The C group think the opposite; they fear a climate catastrophe, they foresee a crisis, and they want urgent action, regardless of cost, to stop it.

The B group are in the middle. They believe, or say they believe, that GHG emissions are a problem and must be reduced. They are vague on the question of how much and when, but in general they try to balance environmental goals with the provision of inexpensive energy and robust economic growth. The leaders in business, government and the bureaucracy tend to be in this group. They have spent the last 20 years verbally acknowledging the concerns of group C, and even borrowing their slogans, while quietly letting the A agenda mostly win out, which the underlying economics pretty much necessitates. This uneasy compromise fell apart last year.

Despite A being a more natural ally for B, the B group long ago marginalized the A crowd and instead tried to ingratiate themselves with the Cs. They funded them, welcomed the more congenial elements into their circles, and adopted their rhetoric about sustainability, the low-carbon transition and the imperative for climate leadership. To the B crowd these were just nice-sounding sentiments; a bit of green window-dressing to help sell the growth agenda. But their new friends in the C crowd meant every word.

Thanks to 20 years of patronage and endorsement from the B crowd, group C is now in control and has dropped any pretense of commonality with B. They raised a generation convinced the apocalypse is nigh, and they proved over the past year they can dictate terms of surrender to politicians everywhere. To take one example, the decision by the European Investment Bank to phase-out all investments in fossil fuel projects—even natural gas—by 2022, and redirect a trillion euros into “climate action and environmental sustainability” is a clear signal that the Cs are not only at the table, they run the show. Likewise, the worldwide declarations of a “climate emergency” and the embrace of net-zero targets means the B group is officially sidelined, at least in the west.

The exception among developed countries is the United States, where the Bs long ago recognized the true aspirations of the Cs and aligned themselves with the A crowd, realizing in the process that it’s a surprisingly large and energetic constituency, thus creating a coalition capable of keeping the U.S. energy sector alive and the economy growing. Other exceptions include the developing powerhouses of China, Russia (who both must relish the prospect of their democratic western rivals abandoning world economic and energy leadership for climate’s sake) and India.

To those in the B group who are bewildered by the turn of events, I say this—you must win this fight, and right now you are losing badly. At stake are the livelihoods of millions of ordinary people whose jobs and living standards will be destroyed if C prevails, not to mention the hopes of billions of people who want to rise out of poverty.

The old compromise is dead. Stop using C jargon in your speeches. Start learning the deep details of the science and economics instead of letting the C crowd dictate what you’re allowed to think or say. Figure out a new way of talking about the climate issue based on what you actually believe. Learn to make the case for Canada’s economy to survive and grow. You, and by extension everyone who depends on your leadership, face an existential threat. It was 20 years in the making, so dig in for a 20-year battle to turn it around. Stop demonizing potential allies in the A camp; you need all the help you can get.

Climate and energy policy has fallen into the hands of a worldwide movement that openly declares its extremism. The would-be moderates on this issue have pretended for 20 years they could keep the status quo without having to fight for it. Those days are over.