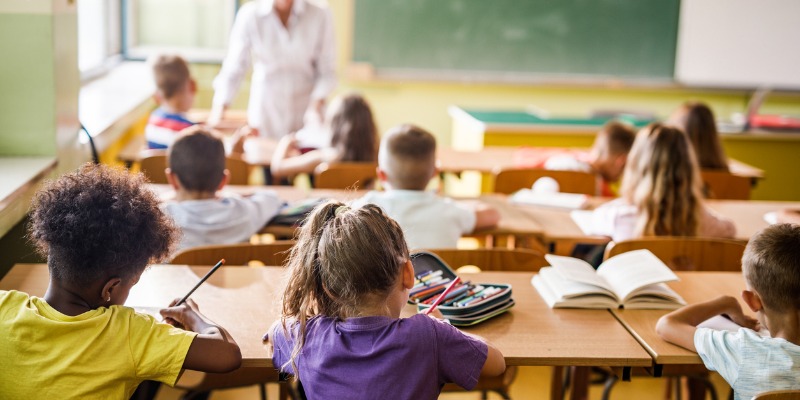 Does your classroom promote a growth mindset? Are you sufficiently “learner-centred” and do you take your students’ individual learning styles into account?

These are the kinds of questions teachers are often asked by their administrators. In fact, some teachers, particularly those just starting their careers, find themselves under considerable pressure to give the “right” answers. If they don’t, they might soon be out of a job.

For example, the Toronto District School Board actively promotes “growth mindset” interventions in its schools. Growth mindset is a theory developed by American psychologist Carol Dweck, which states that students who believe they can increase their intelligence and talents will outperform students who assume these characteristics are innate or fixed.

Many worksheets, motivational posters and lesson plans have been developed to promote a growth mindset in students. In the classroom, teachers are encouraged to introduce “gamification” elements such as “experience points” when grading students. And teachers are often required to attend professional development sessions where growth mindset is the key focus. Simply put, growth mindset has taken up a huge amount of time and energy in many education systems.

This focus on growth mindset might be worth it, if there was solid evidence that it led to increased student achievement. But there isn’t. In fact, research indicates that there’s little to no evidence that having a growth mindset provides students with any noticeable benefit.

A recent report published by the American Psychological Association, for instance, examined 63 major studies purporting to show the benefits of growth mindset interventions. Researchers found that most of these studies were seriously flawed. For example, some studies were conducted by authors with a financial incentive to report positive findings. Others were simply badly designed or contained inaccurate interpretations of the data.

The handful of studies that were properly designed usually found “nonsignificant” benefits from growth mindset interventions. What this means is that despite its popularity, growth mindset is little more than an educational fad—and an expensive one at that.

Growth mindset isn’t the only fad in our schools. Learner-centred pedagogy, often called student-centred instruction, is also hugely popular. In essence, learner-centred pedagogy requires that students should, to the greatest degree possible, direct their own learning. It’s often summarized by the popular slogan that a teacher should be a guide on the side rather than a sage on the stage.

Inquiry-based learning, project-based learning, and discovery learning are all different versions of learner-centred pedagogy that have been widely adopted in government-run public schools. In fact, British Columbia recently revamped its entire provincial curriculum to reflect this student-centred approach.

Proponents of learner-centred pedagogy claim there’s lots of evidence supporting it. The reality, however, is quite different. A recent study in the International Journal of Educational Development examined 62 journal articles reporting on the outcomes of learner-centred pedagogy. With few exceptions, researchers found little objective evidence for its effectiveness.

But researchers did find that while some students and teachers had positive perceptions about learner-centred pedagogy, it did not lead to improved academic achievement for most students. In addition, a previous literature review conducted by researchers Paul Kirschner, John Sweller and Richard Clark found that minimally guided instruction is considerably less effective than a more teacher-centred approach.

Meanwhile, the notion that most students learn best through their preferred learning style (visual, auditory or kinaesthetic) is another fad that simply refuses to die. Even though this theory is still widely promoted in schools and other institutions, the evidence is clear that this approach to teaching doesn’t yield better results.

Several years ago, the American Psychological Association published an article stating that belief in individual learning styles may be harmful because it causes teachers to waste time creating unnecessary extra lesson plans instead of focusing on quality whole-class lessons. The last thing students need is to be typecast as visual learners, auditory learners or kinaesthetic learners.

In the end, there are too many unsubstantiated fads in our schools. Teachers are being forced to implement strategies that sound good in theory but lack evidence behind them. This is hard on teachers and counterproductive for students.

It’s time we get these useless fads out of our schools. Students don’t deserve to be the guinea pigs for theories that have long been discredited.