What job recovery in Alberta? 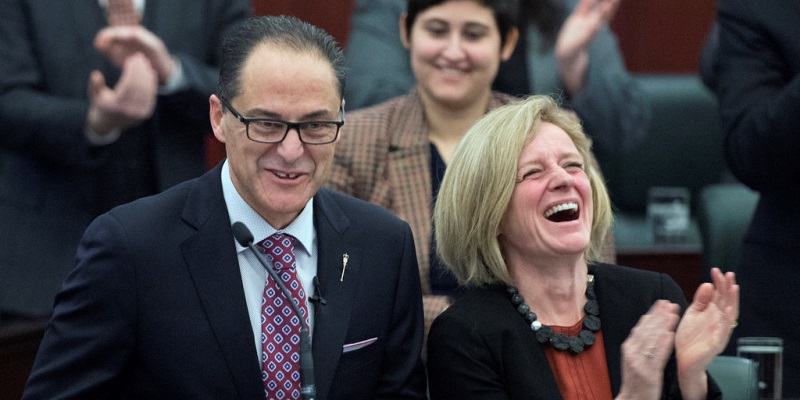 Premier Rachel Notley’s government has repeatedly pointed to total employment figures as a sign that Alberta has “recovered” from the recent recession. For instance, the premier recently said “our economy is recovering… and created 90,000 new jobs last year.”

But to better understand the state of jobs in Alberta, and whether or not the province is actually recovering, you can’t simply look at total employment figures. While it’s true Alberta’s total employment numbers have rebounded since the depths of the recession, government employment has driven much of that “recovery”—not the private job market.

A recent Fraser Institute study analyzes Alberta’s employment situation, focusing primarily on July 2014 to May 2018. The study breaks down total employment into government sector, private sector and self-employment. The results are not reassuring.

During the same four-year period, employment in Alberta’s government sector (including provincial, municipal and federal employees) grew substantially by 78,733 employees—a marked 21.5 per cent increase. As a result, the government sector’s share of total employment (excluding the self-employed) increased from 19.5 per cent to 23.2 per cent—a level not seen in Alberta since 1994.

Put simply, instead of a recovering labour market, Alberta has simply expanded its government sector.

Of course, the premier will likely argue this significant expansion of government employment was a necessary response to the oil price shock and recession. But neighbouring Saskatchewan, an¬other energy-dependent province also affected by the drop in commodity prices, took a starkly different approach, with government-sector employment growing only 2.1 per cent over the same period—or one-tenth the rate of Alberta.

So what’s the problem?

Research suggests the approach taken in Alberta to dramatically expand government-sector employment will hurt the economy and reduce prosperity for Albertans. For starters, it’s not a sustainable model because a robust private sector is needed to generate the wealth to support government activity—including government jobs—through taxation.

And because taxpayers in the private sector finance government jobs, a crowding out effect can occur. Taxes leave individuals with less money to save and invest, and leave entrepreneurs and investors with less money to grow their operations, hire new workers or innovate. In other words, taxes paid to fund growth in government-sector employment come at the expense of potential innovation, productivity growth and employment growth in the pri¬vate sector.

While there’s debate over the magnitude of this crowding out effect, evidence suggests it could be substantial. For example, one study of 17 OECD countries (including Canada) from 1960 to 2000 found that the creation of 100 govern¬ment jobs led to the reduction of 150 private sector jobs—leading to fewer jobs on net. With a nearly 79,000 increase in government-sector jobs in Alberta, the crowding out effect could substantially undermine the province’s private sector.

So while Premier Notley is technically correct—Alberta’s total employment level has recovered—a more detailed analysis reveals that the true state of employment growth in Alberta is much less reassuring. Private-sector jobs are down and the government sector is driving the jobs “recovery” her government keeps talking about.