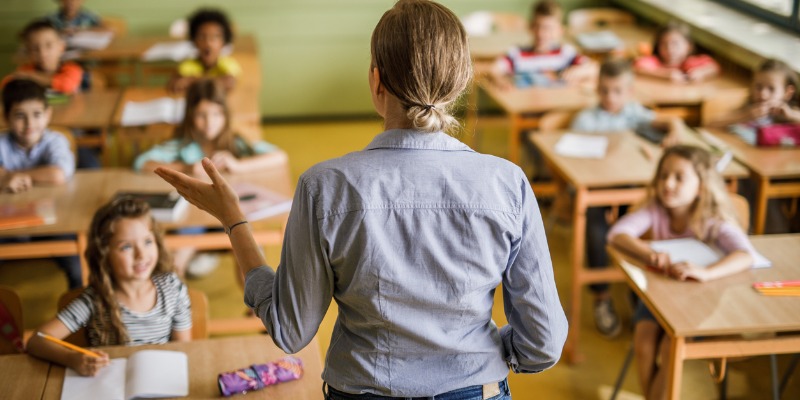 In Ontario, the Halton District School Board keeps making the news but for the wrong reasons—namely, a teacher who’s become infamous for wearing giant prosthetic breasts while teaching shop classes.

This teacher’s attire is such an obvious breach of professional decorum that media outlets around the world have breathlessly reported the story and published photos of this teacher. No reasonable person who sees these photos can think this teacher is appropriately dressed for work.

But in the latest twist, the Board’s director of education recently submitted a report concluding that there’s nothing the district can do about this situation. Apparently, imposing any sort of dress code on teachers “would expose the Board to considerable liability.”

In other words, not only can the district not do anything about this teacher’s obviously inappropriate attire, but it shouldn’t even try to formulate a staff dress code at all. One can only hope that teachers don’t start showing up to work wearing Speedos or bikinis.

How have we reached the point where school boards cannot impose something as simple as a staff dress code? Simply put, Ontario’s public schools are in the grip of woke ideology.

Woke ideology, or wokeism, focuses on being sensitive to social and political injustice. At first glance, this appears to be a positive thing. After all, no sensible person wants to be insensitive to injustices in our country and around the world. The problem, however, is that wokeism demands total ideological conformity.

For example, former Ottawa high school teacher Chancel Pfahl is being investigated by the Ontario College of Teachers, the body that grants teaching certificates, for voicing her opposition to critical race theory in a private teachers’ Facebook group. Tellingly, Pfahl was not accused of engaging in unprofessional conduct in her classroom or doing anything inappropriate with her students.

The fact that any teacher could be at risk of losing her professional licence for expressing a political opinion in a private forum—designed for discussion and engagement—should concern all Canadians. When woke activists demand ideological conformity from teachers, they undermine the core purpose of education, which is to help students become critical thinkers.

To make matters worse, some school boards are so obsessed with personal identity they’re trying to gather as much data as they can on the identities of their students. The Toronto District School Board recently sent out a survey to its Grades 4-8 students that contains an inordinate number of questions about race, gender and sexual orientation. Among other things, the survey asks students whether they are bisexual, transgender, queer/gender expansive, intersex, asexual or pansexual. And whether or not they’ve learned in school about “binding, packing, tucking, or padding options.” Remember, the students who received this survey aren’t even in high school yet.

Meanwhile, the Waterloo Region District School Board recently forced one of its teachers, Carolyn Burjoski, out of her job for raising questions about the age-appropriateness of the sexualized content found in some elementary school library books. Instead of taking Burjoski’s concerns seriously, the district placed her on home assignment until she resigned. Burjoski is now suing her former employer for defamation.

Lost in all of this woke silliness is a serious focus on academic achievement. Ontario students once again performed poorly on their latest math assessments and their reading scores are declining as well. In fact, a report commissioned by the Ontario Human Rights Commission concluded that the province’s schools have replaced evidenced-based reading techniques such as phonics with unproven “whole-language” methods, which encourage students to guess words rather than sound them out.

Ironically, in their obsession to stamp out “white privilege” and “heteronormativity,” schools are failing to provide students with the academic instruction they need to be successful in post-secondary education and in life. And when schools fail to provide students with the academic basics, students from disadvantaged homes suffer the most. Their parents do not have the same resources (money for private tutoring, etc.) that more affluent parents have at their disposal.

It's time for public schools to end their obsession with wokeism. Students deserve a proper education, not more nonsense masquerading as knowledge.