A new twist on the carbon tax? 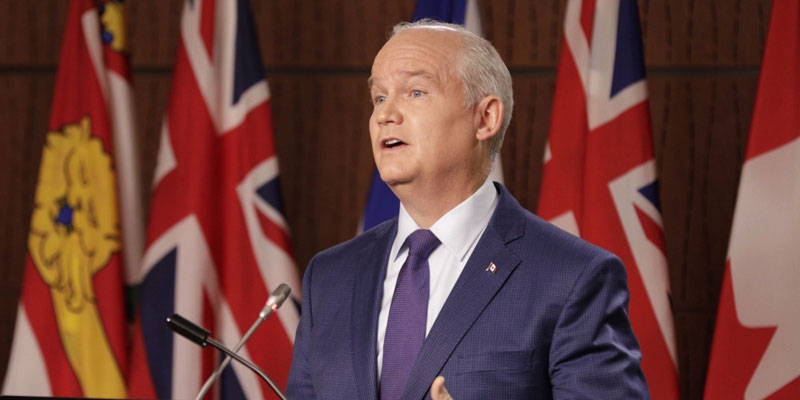 Coming on the heels of the Supreme Court of Canada’s decision that the federal carbon tax imposed by the Trudeau government is A-OK, and looking at a potential election call, Conservative Party Leader Erin O’Toole has proposed an alternative to the current national carbon tax. The proposed carbon tax alternative consists of a “carbon price” between $20 per tonne and $50 per tonne on fuels, paired with something called a “Personal Low Carbon Savings Account.”

On the surface, this sounds different than the usual carbon tax proposals we’ve seen over the last decade or so, but is this a new thing? Let’s take a quick break from the usual political wrangling and unpack this “new” idea.

Early in the debate over greenhouse gas (GHG) emission controls, there was a proposal to levy a straight-up tax on the quantity of GHG emissions that would be attendant on the use of some good or service. Just for clarity’s sake, note that GHG emissions are now characterized simply as “carbon emissions” or just “carbon.” At any rate, this is what the tax proponents refer to when they tell us that “economists say this is the most efficient way to reduce GHG emissions,” which is actually correct. It more or less reflects the first law of economics, which is that if you raise the cost of something, people will do less of it, QED.

But a straight-up carbon tax would have been economically damaging and unpalatable to many taxpayers, so the carbon tax concept was reworked as “tax-and-rebate,” which would still impose the straight-up carbon tax but promise to give back all of the proceeds in some way to offset the economic pain of the tax. This variant is what economists call “revenue-neutral.” People who want to address the climate problem using market-based methods rather than government mandates generally insist on this “revenue-neutrality” as a rock-bottom prerequisite for a carbon tax. (There are other vital pre-requisites for an economically optimal carbon tax as well, such as serving in lieu—not atop—of regulatory approaches, none of which are embodied by either the current or proposed new model, but we lack space for that discussion here.)

The new O’Toole plan is a variant of tax-and-rebate, with a linguistic/conceptual twist taken from the debate over health care in the United States, where some U.S. conservatives developed the idea of “personal health savings accounts” about 15 years ago. So let’s call this new plan, Carbon Tax and Green Coupons. You pay the carbon tax, and you get some kind of coupon back from the government that you can spend on some class of “lower carbon” goods and services that, ostensibly, emit less GHG emissions than whatever you’d spend that money on if the government hadn’t originally taken it from you.

The plan, as posted to the Internet, is short on details about how this would work, saying only that Canadians could use the fund deposited to their accounts to “help them live a greener life,” which “could mean” buying a bicycle or transit pass or making homes and vehicles more energy efficient.

So, to answer our original question, despite the new rhetorical flourish of the rebate-via-coupons, the O’Toole plan is nothing new and will probably satisfy no one other than, perhaps, peddlers of low-carbon goods and services who will get a new captive market.

Anti-tax people are going to be anti-tax, climate activists are still going to prefer the existing non-revenue-neutral plan over any other kind, and taxpayers won’t like the idea of getting back the equivalent of ClimateBucks they can only use to buy stuff that they’d already chosen not to buy with their own real money when they spent it in the first place.

And because people’s desires for high-carbon goods and services are so “inelastic,” the new program (like the old program) probably won’t actually reduce GHG emissions in any way that might actually influence the climate, no matter how serious one holds climate change to be.