Yesterday, only 11 days into the new year, the British Columbia government approved the Trans Mountain pipeline expansion. The approval comes after the federal government gave its consent to the project at the end of last year.

The expansion of the Trans Mountain pipeline will add an additional 590 thousand barrels per day (b/d) of capacity to the existing 300 b/d. In addition to allowing Canadian oil to be transported in the safest way possible, the eventual construction of the expanded pipeline will help Canada achieve its future potential as an energy producer and get more Canadian oil to where demand is expected to grow. 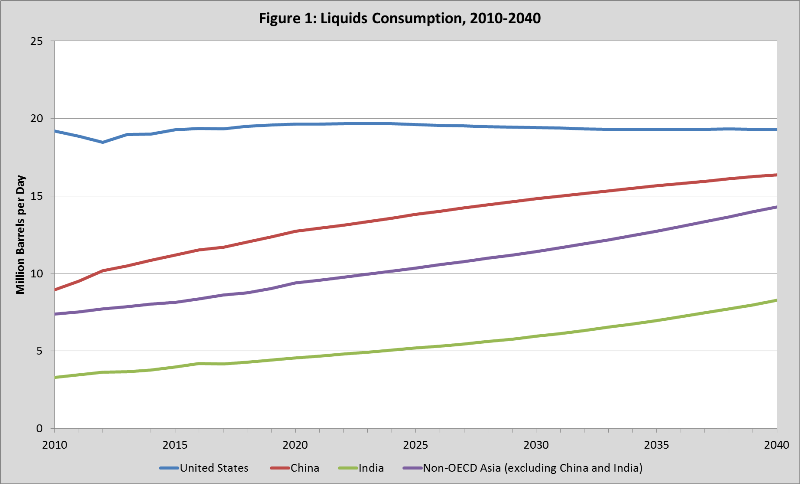 Canada’s traditional customer for oil has been the United States. In fact, Natural Resources Canada points out that in 2014, 97 per cent of Canadian crude oil exports went to the U.S. This is problematic for a few reasons. Firstly, U.S. demand is expected to decline from 2017 until 2040 by -0.2 per cent. Compounding this problem is the growth of U.S. domestic oil production, which flourished under President Obama and could receive a further boost under a Trump presidency. In its annual domestic energy forecasts release last week, the EIA projects that from 2017 to 2040 U.S. oil production could grow by just under 20 per cent, likely further diminishing some of need for Canadian exports.

Taking these two issues together, a single customer who will likely buy less in the future means that there would be little room for Canadian energy production—and its associated jobs, salaries and royalties—to expand.

But there’s another, perhaps more important, issue with Canada relying on only one customer for our oil. We don’t get the full value for our resource, as our oil suffers from price discounts relative to higher world oil prices. One recent analysis found that the incremental benefit from one million b/d of Canadian oil reaching world prices could range from roughly $2 billion to $6 billion per year depending on the world oil price at that time. Thus the prospect of getting oil to tide water represents a significant economic benefit.

So if the demand from the U.S. market diminishes, which countries or regions offer the best prospects for Canadian oil?

The answer is Asia—which is right where the Trans Mountain pipeline is pointed. Based on data from the EIA in the chart above, from 2017 to 2040, liquids energy consumption is expected to increase by 40 per cent in China, 99 per cent in India, and 66.2 per cent in the remaining Asian countries that are not part of the OECD.