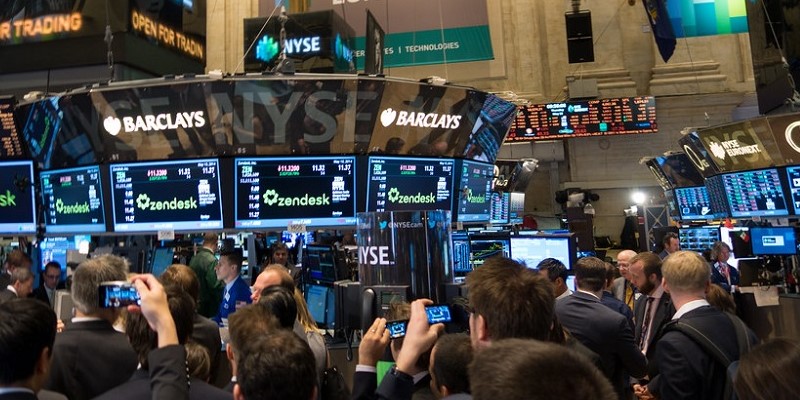 In an early morning meeting at the White House the day after the 1987 stock market crash, then-U.S. treasury secretary Jim Baker floated the idea of closing the stock market. The Chair of President Reagan’s Council of Economic Advisers, the Chicago-trained monetarist Beryl Sprinkel, was having none of it.

According to several second- and third-hand accounts, when his opinion was sought, Sprinkel said “we will close the markets when monkeys come flying out of my ass.” When Reagan asked Fed Chair Alan Greenspan for his opinion, Greenspan declared, “I go with the monkeys.”

The U.S. stock market stayed open that day and rallied late in the afternoon, injecting a note of much-needed confidence. The Fed’s operations to maintain liquidity in U.S. financial markets in October 1987 remain a textbook case of how to respond to severe market stress. The U.S. economy was spared recession on that occasion.

Today’s situation is different in important respects. Financial markets are responding to an induced recession. Because policymakers are choosing to shut-down the economy, the extent and the magnitude of the downturn is readily foreseeable.

Financial markets are responding according. Equity markets have been particularly hard hit. Bond markets have been shaken as investors sell bonds to raise cash and anticipate a flood of new sovereign debt issuance.

The U.S. dollar has rallied as the world scrambles for U.S. dollar liquidity, sending exchange rates against the U.S. dollar dramatically lower. As my previous research shows, the U.S. dollar often rallies when the economic outlook is most dire, explaining why the Australian dollar is at its lowest in nearly two decades.

Amid such extreme volatility, it would be tempting to close financial markets, in particular, exchange-traded stock markets.

There is no reason to close markets for reasons of public health. Financial markets are now traded almost entirely electronically. The U.S. has been forced to close its trading floors in New York and Chicago, but these trading floors were already legacies of an earlier era before the digitization of trading.

Exchange-traded markets have their own circuit breakers that kick-in during extreme volatility, but policymakers might still be tempted to close markets in the event of an even bigger sell-off or extreme volatility. However, if the news from financial markets is bad, it’s even more important that policymakers and investors hear it. Bad financial news can be a prompt for needed policy responses.

It’s noteworthy that financial markets sold-off days before the World Health Organization finally declared a pandemic. Financial market prices can also better inform policymakers as to what policy responses are working effectively. When equity markets begin a sustained recovery, it will be a sign the worst of the pandemic may be behind us.

Financial market prices are needed in the same way we need prices for goods and services. Without them, economic decision-making becomes difficult, if not impossible.

Preventing investors from selling stocks to raise cash may cause severe hardship for some and painful adjustments for others. Many individuals and businesses need liquidity right now and selling equities and other assets may be their only option to raise cash.

With equity markets falling sharply, it’s tempting to think that closing markets will stem the losses, but this could trigger even more painful adjustments elsewhere in the economy.

Other countries have imposed bans on short-selling. Short-selling is the sale of a security the seller does not yet own. Short-sellers profit by buying back the security at a lower price after they have sold it. They do this by borrowing rather than buying stocks. They repay the stock lender when they buy the stock back at a later date.

However, short sellers do not cause stock prices to fall. They only profit by correctly anticipating future falls in demand caused by the actions of others in the market.

Short-sellers are often hedgers rather than speculators. They use short sales to protect long positions from further declines in price. If they cannot hedge in this way, they can be forced to liquidate their long positions, making a market downturn even worse.

The global financial crisis gave us a wealth of experience with bans on short-selling, including in Australia. The evidence from that experience overwhelmingly suggests that short-selling bans were counter-productive.

Keeping markets open will be a painful experience for many, but closing them is the equivalent of shooting the messenger. Eventually, markets will signal better times ahead and this will give business the confidence to move forward with the recovery.