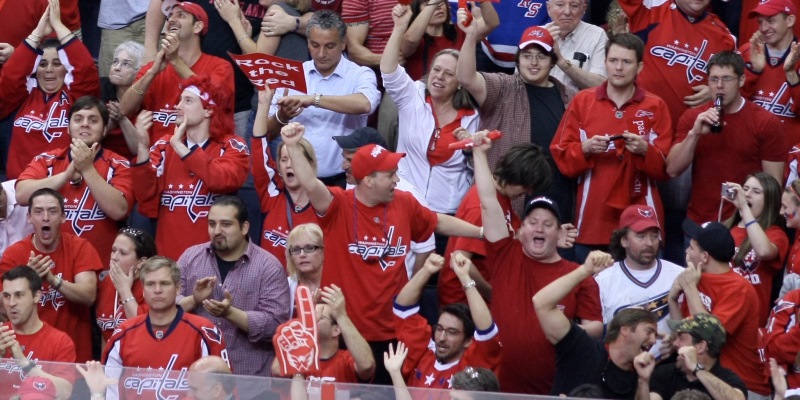 Economics is known as “the dismal science,” though for reasons that are usually misunderstood. Having practiced it for most of my adult life, I don’t think of it as dismal—that would be a sorry way to spend a career. I do think of it as “the melancholy science,” however. Let me explain why.

The guys on the local AM radio sports station were talking the other day about how they were actually tired of hockey. The season had gone on too long. It shouldn’t extend into June. It should start September 15, not October 4 or 5, and wrap up in May. In 1967, the last year the Toronto Maple Leafs won the Stanley Cup, hockey ended May 2 when the Leafs beat Montreal 3-1 in Game Six of that year’s final.

Understand that these are guys who think and talk hockey virtually 24/7. And they’re tired of it. Now, if the Montreal Canadiens had been playing the Las Vegas Golden Knights in the final, and not the Washington Capitals (who prevailed in five games), I’m pretty sure they’d still have been fired up about it. The whole city would have been. But in all but the two finalist cities hockey ennui is at hand.

There’s no question the AM guys love their hockey. Hockey is a very good thing, as far as they’re concerned. But they were basically arguing in their “hockey overload” comments that you can have too much of a good thing. Which is true. And that’s very basic economics, exemplified by the “water-diamond” paradox.

Water is extremely useful. It’s life-giving, in fact, and life itself is something people obviously value a lot. But in most parts of the world water is so plentiful that our valuation of an extra litre is pretty low. So low that many of us pour it on our lawns. That’s not true everywhere, of course. But it’s true in enough places that when you say, for instance, “like water for chocolate,” you mean something not very valuable (water) for something that is very valuable (chocolate).

Diamonds, on the other hand, aren’t all that useful but are in short enough supply that the admittedly culturally-manufactured demand for them is still very high over the amount in which they can be produced. So they cost a lot. If they were as plentiful as water, however, the wedding industry would have to find something else to persuade prospective newlyweds to feel they should spend a month’s salary on to adequately express their love for each other.

That things have great value when we start consuming them but soon begin to appeal a little less, and then maybe eventually a lot less “at the margin” as we consume more and more of them, strikes me as more than a little melancholy. The graph that describes this relationship—economists call it “the demand curve”—slopes downward. It declines. It starts high and then it falls, a little like man himself has fallen. It shows great initial joy and then, as consumption proceeds, diminishing joy until eventually it may even merge with the horizontal axis, indicating no further joy at all. Believe me, the AM radio guys were full of excitement when the new season started last fall. But now they’re so sated with hockey they’re happy to see it end.

The declining demand curve is a very useful thing, of course. If things went the other way—if every extra unit of something we consumed only increased our appetite for it—life would be truly dismal. We could never, ever be satisfied with anything. And we’d end up obsessively consuming just one thing—whatever by chance we started consuming first—since our marginal valuation of it would keep rising as we consumed more.

So decline isn’t a bad thing. But melancholy is its own burden. Bart Giamatti, the Yale English professor who, perfectly improbably, became commissioner of Major League Baseball in 1989 but then died of a heart attack after only five months on the job, wrote a famous passage about baseball:

It breaks your heart. It is designed to break your heart. The game begins in the spring, when everything else begins again, and it blossoms in the summer, filling the afternoons and evenings, and then as soon as the chill rains come, it stops and leaves you to face the fall all alone. You count on it, rely on it to buffer the passage of time, to keep the memory of sunshine and high skies alive, and then just when the days are all twilight, when you need it most, it stops.

Well, actually, Canadians have a slightly different perspective on these matters. Just as many of us do start to miss baseball, and all of us start missing summer, along comes hockey. Chill wind, falling leaves and early frost remind us the rinks and arenas will soon ring with slap shots, whistles and the hissing of skates on ice. As snow flies and the mercury falls into deep freeze, seasons heat up across the land but then, before you know it, just as the playoffs begin, there come the first signs of spring—lost sparrows, curbside puddles, hints of warmth in the February sun. Just as you no longer need it, with everything else beginning again, hockey takes its leave.

Only Canadians can be melancholy that their annual winter struggle is over once more. But, yes, at some stage we even tire of hockey. Marginal utility is like that.