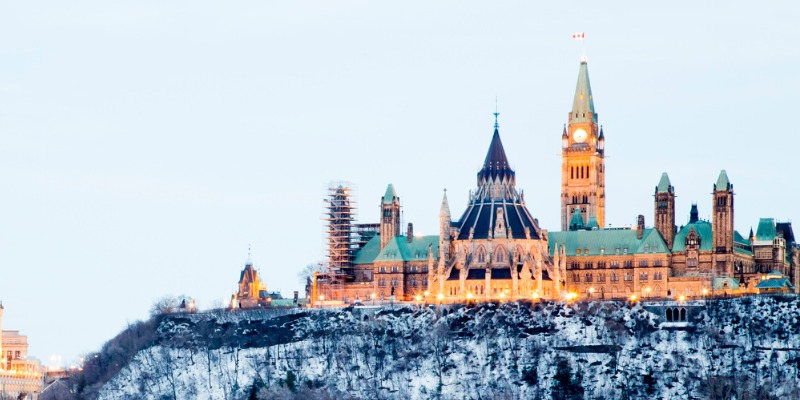 It has now been nearly a week since federal Finance Minister Chrystia Freeland released the fall economic statement (FES). After a suitable period of digestion, it’s still unclear where exactly federal finances are heading aside from very large numbers with a huge range of uncertainty.

The Trudeau government says its plans for economic recovery includes “fiscal guardrails,” but it’s increasingly clear that the road is going to be very wide.

If one accepts this base case scenario, then the fiscal guardrails show pandemic and post-pandemic deficits ranging from $24.9 billion to $381.6 billion. More interesting is what this means relative to the size of the economy. Based on the nominal GDP forecasts from the FES, the deficit-to-GDP ratio can go from about 17.5 per cent in 2020-21 to about one per cent by 2025-26. This means when everything is said and done, the federal government hopes to go back to running deficits of about one per cent of GDP, which is essentially what it planned to do prior to the pandemic.

So, it would appear the federal government hopes the pandemic is just a very bad shock to its original fiscal vision of continuous one per cent of GDP deficits, and it’s waiting to get back on track. The government views this as sustainable as long as the rate of interest on the debt stays below the growth rate of GDP. However, during this process of return to the federal government’s long-term vision of fiscal sustainability, there will be a substantial accumulation of debt. The federal net debt will rise under this base scenario from $812.9 billion in 2019-20 to $1.494 trillion by 2025-26—an increase in net debt of 84 per cent—in just six years. The federal net debt-to-GDP ratio over this same period may peak at about 57 per cent, then slightly decline to 54 per cent by 2025-26.

However, this vision is sustained by several hopes.

First, the deficit size stays pretty close to the base case outlined in the summary statement. However, a range of scenarios is provided for stimulus as well as GDP growth scenarios with extended or escalated restrictions. The deficit from any permutation or combination of these scenarios alone could be much higher. Indeed, the base case scenario does not account for the planned stimulus spending, which according to the FES can range from $70 billion to $100 billion over three years (somewhere between 2021 and 2024). Needless to say, depending on how this is spread out, we could see a substantial bump-up in deficit size for any of those years (and of course the net debt). And these are just the official scenarios. They could be even higher if economic growth stalls or some other shock hits the economy.

Second, we’re told that all this debt accumulation will somehow be okay because interest rates are at historic lows and we are moving all our debt to locked-in long-term low rates. But low interest rates can’t last forever, and in our case, given our deficit as a share of GDP has pretty much surpassed the rest of the OECD, we can expect a premium to our debt charges at some point. Moreover, much of the debt being acquired is for short time periods with only about nine per cent of the debt issued for the 2020-21 fiscal year being long-term (10 years or longer). Third, we are not even factoring in the provinces who have also accumulated a huge chunk of debt this year.

The federal government’s “fiscal guardrail” vision for finances is really a very nice sanitized view of a well-maintained vehicle driving along a nice straight stretch of controlled access road with pretty concrete curbs and barriers. Think of our national fiscal situation more as a heavily-loaded poorly-maintained transport truck careening downhill along a mountain highway with hairpin turns and swerving between two very flimsy guardrails. If that does not keep you up at night, I’m not sure what will.