Hope, Crosby and Wilkins on the Road to Micro-Loonie-a 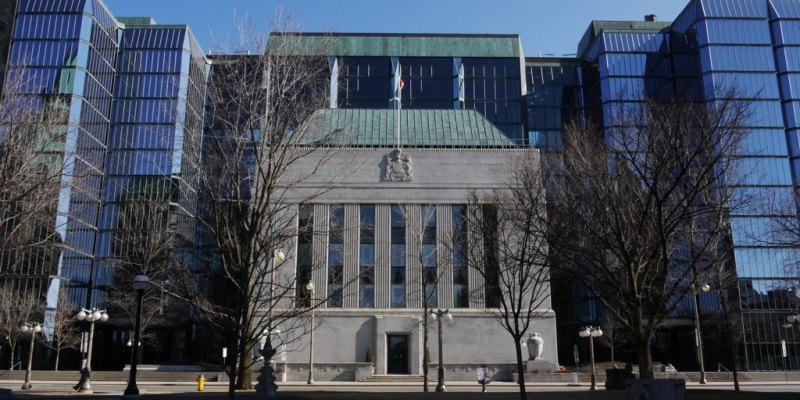 The local cable provider is promoting an old-movie channel and that’s a quote from one of the sample clips, which Internet sleuthing persuades me is from the 1941 Bob Hope-Bing Crosby-Dorothy Lamour comedy classic, Road to Zanzibar.

The punch line is that Hope and Crosby actually have $7,000, which just about causes loss of consciousness in the ingenue who’s so impressed by $100. (I believe she’s Una Merkel, sidekick to Lamour, the female lead. Our heroes got the $7,000 by selling a diamond mine Hope had foolishly blown their life savings of $5,000 on. It’s a long story.)

There are two reasons someone in 1941 might have thought $100 was unattainable wealth. One was that people were a lot poorer then. The Great Depression had just finally ended but postwar living standards were still in the future. The war had to be fought first to get us to the postwar.

No wonder people’s impressions of what was a lot of money seem quaint to us now.

It’s even worse in Britain, incidentally, where the Bank of England’s Inflation Calculator tells us that what cost one pound in 1941 cost 47.99 pounds in 2017. (Of course, there was almost nothing you could buy in 1941, at the height of wartime rationing.) Previous centuries had seen price levels rise by five or six times but rises in the double digits are purely a 20th-century phenomenon.

This all came to mind this week as I listened to Bank of Canada Deputy Governor Carolyn Wilkins speaking at McGill University’s new Max Bell School of Public Policy. Her topic was “Choosing the Best Monetary Policy Framework for Canada” and her speech effectively marks the kickoff of the bank’s quinquennial reconsideration of its policy framework. Since the late 1980s that framework has been direct inflation targeting, with the target being a band of one to three per cent with an average of two. The bank’s latest five-year deal with the minister of finance is up in 2021 so a kickoff now gives lots of time for debate, which is what Deputy Governor Wilkins is encouraging.

At McGill she described several possible departures for the bank, ranging from tweaks to the current system to changes of regime, including a completely new target (maybe nominal GDP) or even targets (something on the price side plus maybe unemployment, though to hit two targets, an old rule decrees, you need two policy instruments).

My own view is that governments operate by the rule “If it ain’t a complete disaster, don’t fix it.” The last couple of times the bank did change policy regimes it was because the status quo was a complete disaster. In the 1970s the bank switched to monetarist money-supply targeting because previous methods had produced what began to look like runaway inflation. And then after only a few years it ditched monetarism when its money-supply targets became completely unhinged from their traditional correlations with inflation and real output. In the late 1980s the bank went for explicit inflation targeting because inflation was headed for six per cent.

True, we did have an almost complete disaster in the form of 2008’s financial crisis. But I suspect most people’s impression, to the extent they think about such things, is that the Bank of Canada did a reasonably good job getting us through it. We’re not in an economic or monetary crisis right now—touch wood!—and so where’s the impetus for a major change in how the bank goes about its business? Absent that, you’ve got to think it will stick with the two per cent solution.

Of course, crises aren’t the only things governments should worry about. Slow wasting is also a problem. If we do continue with a two per cent target and the bank continues to hit it, as it has done over the last 25 years or so, that means we accept the continuing slow destruction of the value of our money. What costs $100 today will in 2095, 77 years from now, cost $459.42. That’s not as bad as the evaporation in purchasing power from 1941 to today. Our movies—if that’s what they’re still called then—won’t look as quaint monetarily as The Road to Zanzibar. But almost 5x is still a substantial erosion in the value of the currency and puts us even farther down the Road to Micro-loonie-a, i.e. a world in which the loony is worth almost nothing.

Economists are wont to say that in the long-run, money is neutral and the absolute value of prices doesn’t really matter. But if our central bank were able to keep the price level stable, rather than just the rate of the loonie’s decay, my guess is that real economic relations, not to mention both the peace of savers’ minds and their intergenerational cinematic appreciation, very likely would improve.