If millennials have no money, how can house prices be high? 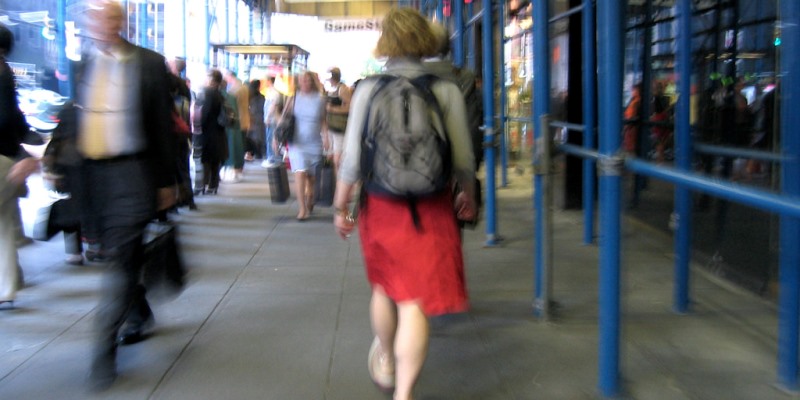 As I was driving to the federal budget lockup in Ottawa Tuesday morning, CBC’s The Current was running a discussion of the problems millennials are having “trying to get a foot on the property ladder.” The news hook was that, judging by well-placed leaks, the budget was going to address millennial difficulties—which it did in part with “shared-equity mortgages” from CMHC that, despite the cool 21st-century cachet of “sharing,” may just be interest-free loans repayable whenever.

It used to be that leaking budget information was a serious transgression. Chancellor of the Exchequer Hugh Dalton lost his job in 1947 when he let slip tax changes to a journalist a few minutes before his speech, on the incorrect assumption the creaky news infrastructure of that era couldn’t get it to the public before he spoke. In the event, the journalist’s paper got a special edition out before Dalton had finished speaking and while the markets were still open, which forced him, under the higher ethical standards of that time, to resign. Nowadays in Ottawa, it seems, leaking is a serious matter only if done by admirals working against the perceived interest of the governing party.

But back to housing. There’s a kind of catch-22 in the policy problem, isn’t there? Members of the CBC panel argued that many millennials are working in the gig economy (as in fact a younger member of my family is) and are therefore having trouble buying condos and houses, whose prices in some areas of the country have gone sky-high. A whole generation, some people argue, will be locked out of good housing.

The trouble I have is understanding why and how house prices can be sky-high and unaffordable if the generation about to move into the country’s housing stock has no money. My wife and I are baby boomers, albeit late boomers, as you might say. We own a house but our kids, including the gigster just mentioned, are no longer at home. So we figure we’ll be selling sometime in the next few years. But who are we going to sell to? People younger than us, the generations behind us, including millennials. We’d love to get a sky-high price. But if in general they have no money, how is that going to happen?

To be sure, if rich people from outside the country bought up all our real estate, prices could be high even if the next generation of Canadians had no money. Some foreigners do own property here and short-term rental agencies like Airbnb are allowing Canadian owners to realize the full value of their property by letting tourists (i.e., in many cases, foreigners) use it, which increases its price in the open market. But can these foreign influences really explain what supposedly is a nationwide phenomenon? I find that hard to believe. There are 14 million households in Canada and presumably roughly the same number of residences of one kind or another.

Over time, the main drivers of house prices are incomes and interest rates. No doubt some millennials really are stretched to the max trying to finance living space in some parts of the country, especially the prized downtown walk-to-work locations in the country’s biggest, richest cities. But no matter what the price of real estate is, it’s always going to be possible to find someone who’s stretched to the max trying to make payments. That’s the nature of economic equilibria: somebody’s always at the margin. But if real estate prices are high, that suggests lots of millennials must be doing better than the ones we see on TV news reports who are in severe housing distress.

But if, as many people argue, interest rates are exactly where high worldwide savings rates have quite naturally put them, then housing prices—for that matter, all asset prices—are justifiably, naturally high. And if people can’t afford them, well, we can’t all afford Mercedes-Benz automobiles, either.

Of course, when Mercedes automobiles command a high price, Mercedes-Benz is more than willing to supply many more of them. So if house prices are very high, and justifiably so, the question then becomes: Why don’t house-, condo- and apartment-builders build many more of them? I’m guessing the answer is that with modern governments regulating those markets very closely, it takes a lot of courage to get into them and hope to get your money out with a fair profit. But the solution to that problem is not “shared equity.” It’s deregulation and freer housing markets.