The economic benefits from a liquefied natural gas (LNG) industry could be immense, and British Columbia is well-positioned geographically to take advantage of growing LNG demand in the Asia-Pacific.

We’ve noted a few of the insights provided by the National Energy Board’s Canada’s Energy Future 2016 report recently (here and here). The report also sheds some light on what Canada’s LNG export potential could be.

The chart below shows the NEB’s projections of LNG export volumes under two scenarios—a high LNG case that assumes faster growth in exports and a reference case. Both scenarios assume that exports begin in 2019 from the B.C. coast. 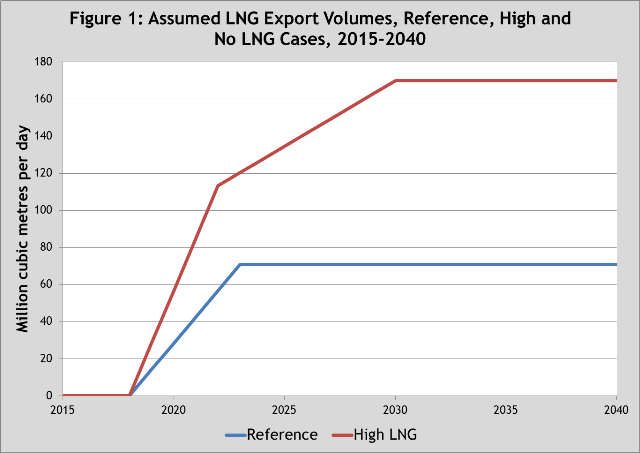 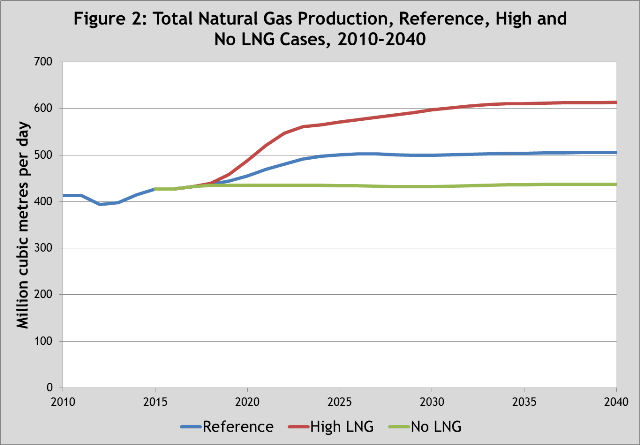 Ironically, given all the hype surrounding LNG in B.C., Canada’s pacific province might not be the first to have an LNG export facility built. That distinction might go to Nova Scotia (which also in a bit of irony bans the hydraulic fracturing that would allow the province to develop its own natural gas resources). A company seeking to export LNG to Germany from Nova Scotia plans to make a final investment decision in the third-quarter of 2016.

The longer LNG remains idle, the less likely it will be that natural gas production and LNG exports will yield the potential projected in the NEB report. This is unfortunate given the economic opportunities at stake.