Here’s something you don’t often hear in the media. Canadians across the income distribution, especially those with initially low income, have enjoyed dramatic income gains over the past two decades.

So finds our recent study that used Statistics Canada data to measure how the incomes of nearly one million Canadians changed from 1993 to 2012.

The study first divided Canadians into five income groups (from lowest to highest) based on what they earned through wages and salaries in 1993, with each group comprising 20 per cent of the total. It then measured how the average income of the same individuals in each income group changed after 19 years.

So the “poor” not only got significantly richer, they got richer faster than the “rich.” 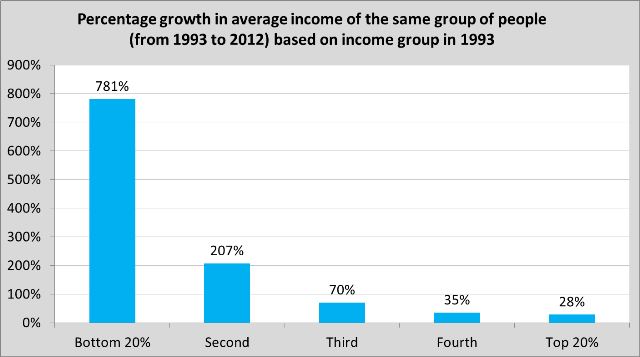 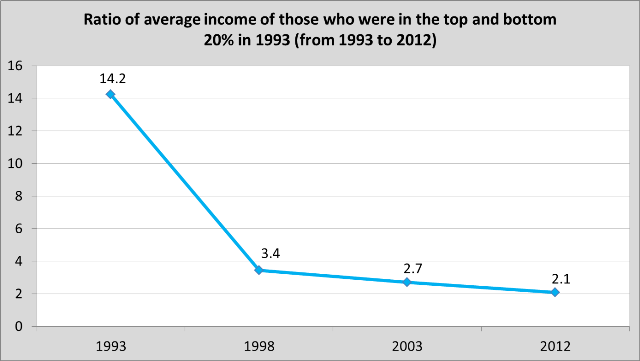 Thanks to Canada’s high level of economic mobility, people do not stay at a single income level their entire lives. The overwhelming majority who start with low income rise up the income ladder over time, and many reach the top income group. That’s good news, even if you don’t hear it very often.