The release of Canadian Government Finance Statistics for 2013 reveals that the per capita net financial worth of most provincial and territorial governments stabilized in 2013 and the net liabilities of some provinces and territories decreased from 2012.

However, there were notable exceptions to this provincial trend: net liabilities per capita rose in Newfoundland and Labrador, Nova Scotia, New Brunswick, Ontario and Alberta in 2013. However, net government liability per capita in Ontario—in other words, Ontario’s per capita indebtedness—remains the highest among the provinces and territories totalling $19,301 in 2013. (See chart below) 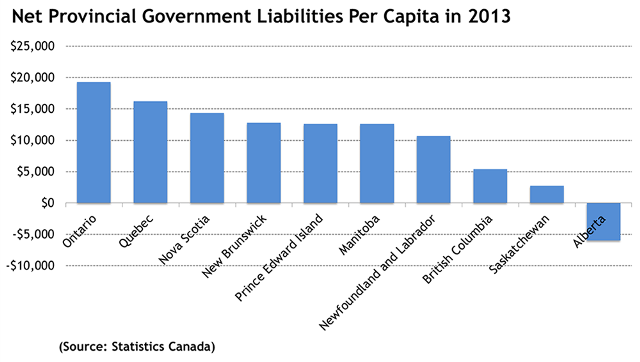 In Ontario, where the government is presenting a fiscal update today, persistent and growing provincial government debt is a chronic story of poor fiscal management. While Ontario was seriously hit by the effects of the 2009 recession, its current net public debt is actually the product of half a century of debt accumulation. Moreover, the pace of debt accumulation quickened starting in 2007. 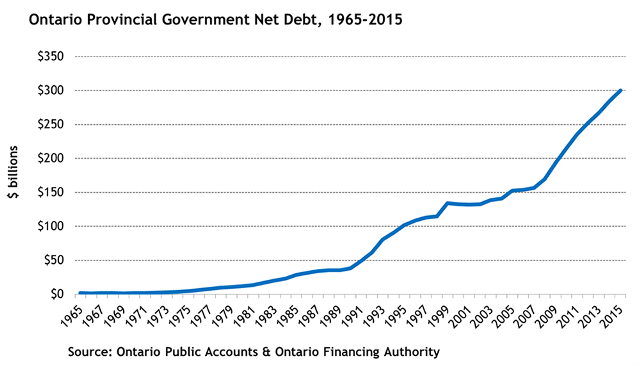 This mass of debt now requires $11.4 billion a year in debt servicing—money that is therefore not available for important programs in health and education.

Such is the price of profligacy.