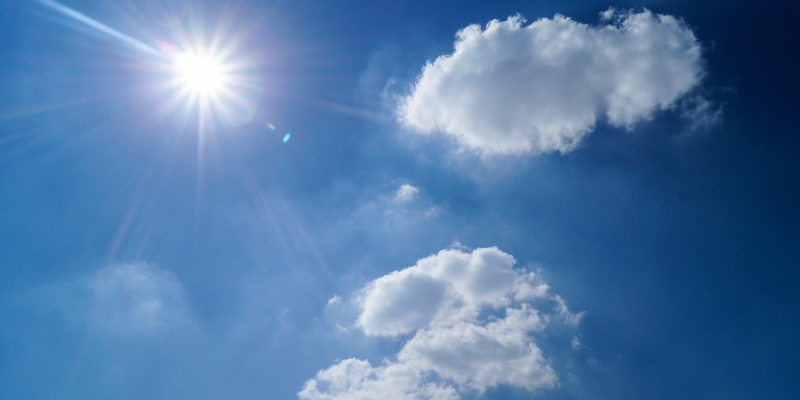 As 2018 draws to its end, there are dark clouds on the horizon. Interest rate increases spooking the stock market, the continuing trade skirmish between the United States and China (which threatens to become an all-out trade war almost any week), the very real prospects of literal China-U.S. skirmishes in the South China Sea, the possibility of a no-deal Brexit (which actually has the United Kingdom government buying refrigerators so it can stockpile medically-essential drugs), here at home a potential permanent lock-in of Alberta’s energy resources unless the federal government can get its new pipeline built, the top-of-cycle fiscal irresponsibility of most North American governments (to say nothing of Europe’s) and on and on, it seems.

We economists have a reputation for practising a “dismal science.” (At least, the critics call it a science.) This supposedly has to do with the habitual pessimism of our predictions, dating from Thomas Malthus’ forecasts of population in the early 1800s. In fact, it’s more because economists found fault with the historian Thomas Carlyle’s views on slavery, he being the insult’s coiner.

Moreover, our predictions are often the opposite of dismal, maybe even to a fault. Our macroeconomic models typically don’t predict downturns. Even Her Majesty wanted to know why the profession hadn’t warned people about the Crash of 2008. And in the face of widespread gloom about our civilization’s prospects, a few stalwart economists argue, against the very strong intellectual flow, that the last 250 years represent a remarkable period in human development and the burden of proof should therefore be on those who think it will suddenly stop, rather than continue and maybe even gather momentum. It was Adam Smith himself, after all, who argued that a robust market economy can survive lots of externally inflicted harm.

It obviously would be wrong to ignore the many difficulties that may lie ahead. Ignoring them could help bring them about. But the thing about dark horizons is that storm clouds in the far distance are better than storm clouds overhead. And for the most part the clouds still are on the horizon. Moreover, storm clouds don’t always deliver. Anyone who has ever cancelled a golf game because the forecast was bad and then steamed and fumed his or her way through a perfectly gorgeous day will understand that. If there is a group that has an even worse record of forecasting than economists, it’s probably weathermen.

Overhead, skies are still luminous blue. Canada’s unemployment rate in November hit 5.6 per cent, the very lowest since StatsCan started counting it the way it currently counts, which was all the way back in 1976. In 1976, the top five hits on Billboard’s Hot 100 were Paul McCartney and Wings’ “Silly Love Songs,” Elton John and Kiki Dee’s “Don’t Go Breaking My Heart,” Johnnie Taylor’s “Disco Lady,” The Four Seasons’ “December, 1963 (Oh, What a Night!)”, and Wild Cherry’s “Play that Funky Music.” Indeed, 1976 was a very long time ago. (Johnnie Taylor? Wild Cherry?)

Yes, there are problems with how we calculate unemployment and, yes, by other measures it’s higher and, yes, unemployment isn’t everything. But despite all that it’s lower than it has been in at least 42 years. “At least” because it almost certainly wasn’t 5.6 per cent in the very last month we counted it the old way. In all likelihood, it was lower only in the mid-1960s, which is 50-plus years ago.

True, skies may have been blue overhead in July 1914, too, and that didn’t work out so well. But maybe things don’t have to turn out bad. President Donald Trump talked a tough game in NAFTA negotiations yet ended up with no big changes from the status quo. He may decide not to hold out at Pyrrhic length against China, either. And even if he does actually manage to wring concessions from China, that would be something. As for Britain and Europe, though the problem of the Irish Border is a political and conceptual Rubik’s Cube, it’s hard to believe the U.K.—the world’s fifth largest economy—and its 26 former partners in Europe won’t find a strong common interest in avoiding catastrophic rupture, however they end up muddling through.

As for interest rates, the stock market falling as interest rates rise isn’t some mysterious alchemy, it’s basic arithmetic. If rates do return to more normal levels—and they haven’t far to go now—will that really kill off investment? Likewise, after serious enough consultations to satisfy the federal court, the current or a new Canadian government may well be able to get its pipeline built.

One reason not to express hopefulness in print is that if things do go bad, you end up looking like a complete twit. Poor Irving Fisher was one of the greatest economists of the 20th century but what’s he remembered for now? His October 16, 1929 declaration that stocks had reached “a permanently high plateau.”

It wouldn’t be prudent to conclude it’s going to be blue skies forever. But, especially at Christmastime, it’s perfectly reasonable to remain hopeful and keep your fingers crossed, which is exactly how I plan to enter 2019.