The trouble with governments 'defending' jobs 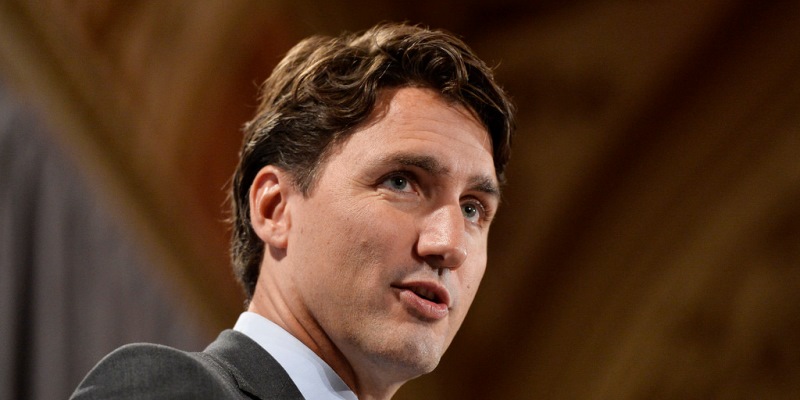 SCHEER: Who asked for this (Sept 17) meeting?

TRUDEAU: I want to assure Canadians that at all times we will assume our responsibility to defend jobs in Canada…

ANGUS: Will the prime minister give us a full airing and agree to an independent inquiry, where his staff will be forced to testify?

Prime Minister Justin Trudeau’s answers to questions from Conservative Leader Andrew Scheer and NDPer Charlie Angus about his role in the SNC-Lavalin affair were non sequiturs worthy of the slipperiest past masters of parliamentary evasion, the sort of evasion a government sworn to transparency really shouldn’t practise. The prime minister’s argument that he will “stand up for jobs”—that’s he’s defending jobs—was interesting, however.

Defending jobs against whom, exactly?

If the jobs referred to were SNC-Lavalin jobs, they were put in jeopardy by the federal government’s prosecution of the firm for bribes allegedly paid to Libyan officials during Moammar Gadhafi’s reign. But as the prime minister is head of the government, in effect he’s been defending jobs against attack by… himself. But maybe that’s the point. In trying to intervene in the SNC-Lavalin case, he ran into the brick wall of his former attorney general who, like the Conservatives and NDP, wasn’t willing to “defend jobs.”

This whole business of “defending” jobs is a problem. If a government wants to promote employment, that’s one thing. If it wants to defend particular jobs, that’s another.

Employment is a contract between an employer or employee. The employer benefits from employing the employee; the employee benefits from being employed. The way we get more employment is to get more such employment contracts, to have more such instances of genuine mutual gain. Governments that want to see more people employed should ask themselves what they can do to promote contracting between employers and employees who each benefit from their association with the other.

What sorts of things might work? Not interfering in the contract, beyond promising to enforce it. Not imposing special conditions on the contract whether in terms of wages, working conditions, gender requirements and so on. Allowing the parties to the contract to enjoy its benefits without confiscating them through the tax system. And so on and so on.

In short, a government that favours employment should encourage the labour market to work as efficiently as possible in bringing together anyone who has labour services to offer with anyone who can make use of them. It used to be thought governments could help by setting up labour exchanges where prospective employers and employees could get together. In the age of Indeed, ZipRecruiter, LinkUp and countless more job search apps, however, that hardly seems necessary.

You might think subsidizing employment contracts would be another way of encouraging them. Subsidies might well cause the number of jobs to increase. But you don’t actually want to encourage employment that requires a subsidy in order to exist. If the subsidy is determinative, that means mutual benefit is deficient. Benefit only exists, for either or both of the parties to the employment contract, because the government is providing it via subsidy. But what society wants are jobs that do produce real net benefits for both employer and employee and subsidized jobs clearly don’t. If they did—catch-22!—they wouldn’t need subsidy.

“Defending jobs” is very different from facilitating voluntary contracting. “Defending jobs” identifies particular employers and employees and gives special, preferred status to the contracts they have made. For some reason—most often because they request it vociferously—these people continuing in their current jobs indefinitely is deemed good for society.

It’s possible to imagine that a society can’t get along without certain types of jobs. We probably do need a prime minister, for instance, even if it might be interesting to try life without one for a while. But if such jobs are so important, they’re unlikely to go unfilled. Lots of people want to be prime minister.

The jobs we really want defend themselves.