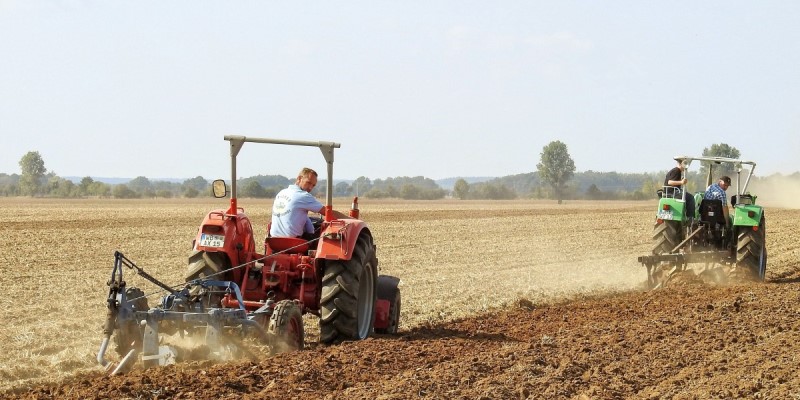 How’s that? For economists, there are many good reasons to end supply management, which boils down to political determination of how much milk, chicken, eggs, cheese and now even maple syrup Canada produces. But a new working paper from the National Bureau of Economic Research adds another: Supply management may well interfere with the planet’s adaptation to climate change.

Well, actually, it doesn’t say that exactly. In fact, it doesn’t mention supply management per se. But it deals with the effects of future climate change on agriculture, which it argues will be large. And if international comparative advantage in agriculture does change in big ways, as the paper expects it will, then new patterns of international trade will be crucial in easing humanity’s adaptation to our new environment. Countries that find themselves with greater agricultural yields will want to export produce to countries where yields fall as a result of the new global pattern of temperatures.

For that to happen, however, international agricultural markets will have to be open and free. That’s bad news for adaptation because at the moment agricultural markets are notoriously unfree and un-open and have been for decades. Our own supply management systems, which impose tariffs of 200-300 per cent on above-quota imports, are merely extreme examples of endemic protectionism. For reasons we don’t have space for here, farmers and their networks continue to exercise disproportionate influence on democratic politics worldwide.

How big a problem are we talking about?

The paper’s title actually does use the word “crucial”—The Crucial Role of International Trade in Adaptation to Climate Change. It’s written by Christophe Gouel, of AgroParisTech in Paris, and David Laborde, a researcher located in Washington. I don’t actually recommend reading it. As it should, it goes into considerable technical detail about how the two economists build what amounts to a model of the world agricultural market and then subject it to the shock of climate changes forecast for 2080.

That’s important but doesn’t make for the most exciting reading.

On the other hand, in the same way that only driving across Canada makes you understand how big a country this really is, only scrolling through the paper can reinforce how complicated a problem changing patterns of food production and trade resulting from climate change really is. The likelihood that these two researchers’ predictions will come true over the next 62 years with any degree of exactness is virtually zero. But they have produced a set of scenarios that, given the limits of both economic modelling and the data, are pretty convincing regarding how interwoven and extensive the changes may be.

Gouel and Laborde look at 35 crops, from bananas to “white potatoes,” in 50 countries, from Argentina to Viet Nam, representing roughly 88 per cent of world agricultural production. Among the questions they have to provide working answers to: How will climate change affect yields of the different crops in the different countries? What will that do to land use and the pattern of production? What happens to the demand for and supply of food, both overall and by crop, and therefore to food prices, again both overall and by crop? What happens to land usage patterns and therefore international comparative advantage in response to these price changes? How substitutable is one country’s version of a crop for another’s? Given these assumptions about substitutability, what happens to trade patterns as a result of the changes in comparative advantage? And, finally, what happens to human welfare both for the world at large and by country?

Every one of the literally dozens of assumptions necessary to get any answer at all out of the model is subject to challenge and may well be wrong. But, as with all modelling, is it better to have an estimate you’re sure is not going to be right in every detail or no estimate at all? You wouldn’t want to make detailed plans based on these estimates but it’s probably better to have at least some idea of the changes that may be possible.

That’s especially true given the authors’ conclusion that the changes could be big. They don’t make many references to Canada in their results but their Table 4 shows we’re one of only five countries where agricultural productivity rises as a result of climate change. (It rises most in Argentina, we’re second—the other three are Germany, Poland and the U.K.) And they do mention that our share of world exports of both maize and wheat should increase. It’s not clear whether we also start producing rice but, as they write, “The traditional rice exporters are tropical countries that are severely hit by climate change. Rice production moves north, and new exporters emerge: China, Korea and Japan.” In sum, “the pattern of international trade flows in agricultural products may look extremely different from now because of the effects of climate change.”

What’s the effect on welfare?

In some currently temperate places it actually rises. For the world as whole it falls. But it falls a lot less if trade adjusts to the new pattern of comparative advantage. That only makes sense: If many countries, especially poor ones, find their agricultural productivity falling, and if they can’t import more food to offset that, the effects could be gruesome.

So it’s important that trade in agricultural goods be liberalized. The WTO has been moving in that direction, but very slowly, since its inception. Agriculture lobbies remain strong in most countries. If we’re going to have free food trade by 2080, we need to pick up the pace. Canadian politicians manning and womanning the barricades to prevent any and all weakening of our marketing boards doesn’t help.

Interesting facts from Table 2 of the paper: