To save the whales buy off the Ahabs 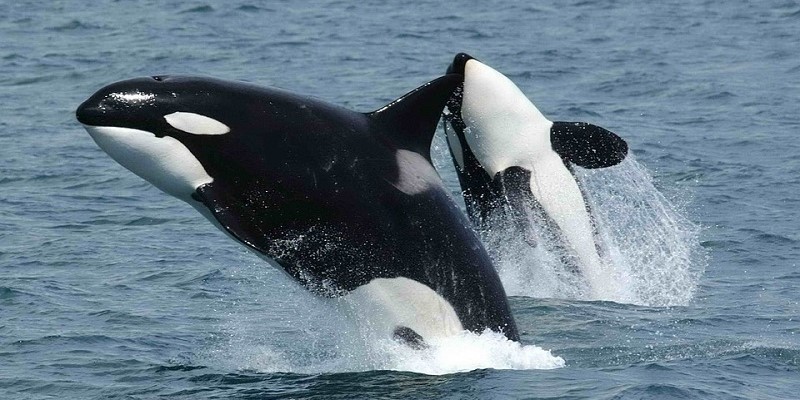 CBC’s The National ran a fascinating story this week about a program that pays cargo ships to slow down so they don’t run into and kill killer whales. The incentives operate off the California coast in the Santa Barbara Channel. According to the Los Angeles Times, ships get US$2,500 for cutting their speed to 12 knots or slower while sailing a 130-mile corridor where whales feed and frolic. The project’s original funders were the Santa Barbara County Air Pollution Control District and the Santa Barbara Foundation. The CBC reports the program’s current budget is a tenth the US$2 million a year it would take to slow down all ships that make this passage.

Ordinary folk may find this idea of paying ships to slow down bizarre. But economists will immediately recognize it as an example of the “Coase Theorem,” after Ronald Coase who first pointed it out in a famous 1960 paper, “The Problem of Social Cost,” published in the University of Chicago’s Journal of Law and Economics.

Coase argued that where property rights were well defined people would solve “externality” problems through negotiation. On the high seas, ships have the right to sail at whatever speed they please. They have, in effect, the property right to their own speed. If you want them to go slower—as whale conservationists do—you must therefore somehow persuade them to do so. According to the LA Times, save-the-whale activists first tried to get the Obama administration to pass laws or regulations enforcing slower sailing in the Santa Barbara channel—which would in effect have taken away ships’ right to sail at their own chosen speed. But the administration did not do so.

When commandeering the police power of the state failed, activists’ only option was to persuade ships to slow down. They could do so—and have been doing so—by appealing to ship owners’ consciences or brand sensitivities, a tactic that apparently has been at least partly successful. Or they could somehow reward ships that do slow down. And they have been doing that, too, both with ceremonies at which cooperating ship-owners receive plaques, but also with cash.

Ships that slow down get paid. Ships that don’t slow down don’t. How would a profit-maximizing ship-owner decide what to do? He or she would compare the cost of slowing down with the benefit from doing so. Time is money in shipping. Being late costs. If the payment for slowing down is greater than the loss from slowing down, it makes sense to slow down. But if the payment is less than this cost, it doesn’t.

The benefit-cost circle is squared if the payment itself represents the overall benefit from ships slowing down. A scientist shown on the CBC report said that cutting ships’ speed to 10 knots reduces the number of collisions with whales by 50 per cent. Non-economists will balk but if you can somehow put a cash number on the value of saving an extra whale, you can figure out just how much value there is to halving a ship’s chances of hitting one.

Every whale is priceless, to be sure, but even so it wouldn’t make sense to eliminate all shipping so as to eliminate all chances of ships running into whales. There’s always a trade-off. The way you do the trade-off is to try to compare the value of saving an extra whale with the value of a speedily completed ship voyage. Inducing ships to do that calculation is exactly how an omniscient social planner would solve this problem. Coase’s point was that no such planner is needed, just allocated property rights.

A couple of problems with the solution:

Saving the whales is a public good. Everyone on the planet benefits from knowing this amazing species (though is it really more amazing than any other species?) will survive. But each of us has an incentive to free-ride. So long as the whales are saved I’m afraid my preference is that you pay for it, not me. You may feel the same way. Good for the Santa Barbara Foundation and its benefactors for stepping forward with funds. But many of us will derive satisfaction from its efforts without ourselves contributing and that means the funds available to persuade ship-owners may not reflect the aggregate benefit when the ships do slow down.

Finally, as technology develops, we might think of allowing whale-ranching. The four-legged land cow is not an endangered species. As a species the cow is thriving. Why? Because cattle ranchers very seldom kill all their cattle. They breed them and feed them so as to make money from them. The oceans are a gazillion-acre spread, true. But technology is shrinking them rapidly. If whale-ranchers did own the whales, they’d have every incentive to make sure the species survived. The species would be their livelihood. As well as a wonder of nature.