Like much of Canada, British Columbia has a relatively attractive geology, with the province ranking in the top 25 jurisdictions worldwide in the Fraser Institute’s recent mining survey.

B.C.’s attractive geology will continue to present ample opportunities for explorers and miners to invest large sums of money in the province. But there are still challenges around uncertainty stemming from regulatory policies, and in particular, land uncertainty.

If explorers or miners are uncertain about whether they’ll be able to access land or how regulations will impact their activities, they’ll be less likely to invest, which means fewer jobs and less revenue flowing through B.C. 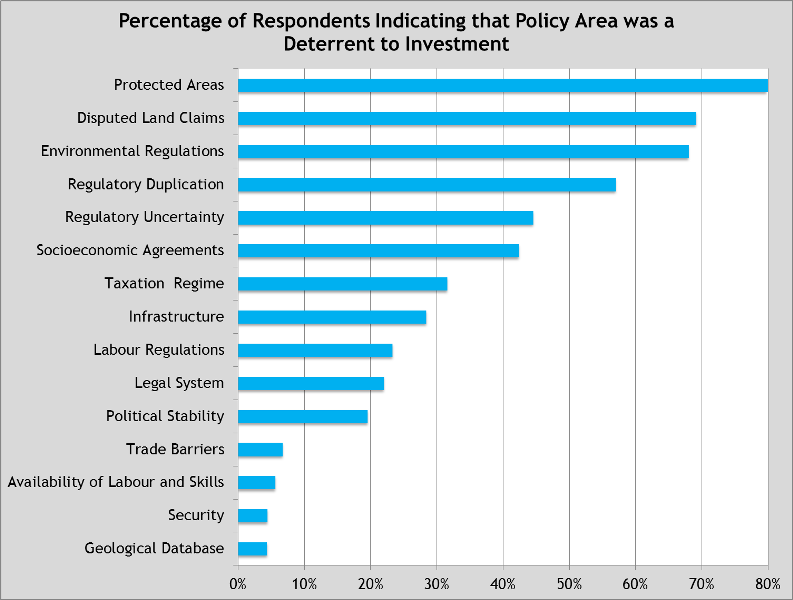 Specifically, in 2016, 80 per cent of respondents to the mining survey, which taps the opinions of mining executives worldwide, said that uncertainty surrounding “protected areas” was a deterrent to investment in B.C. while 69 per cent pointed to uncertainty involving disputed land claims.

While those results are concerning on their own, what’s more concerning is the large share of respondents who indicated that uncertainty in these areas act as strong deterrents to investment—almost 40 per cent for disputed land claims and more than 30 per cent for protected areas.

Unfortunately, these results don’t compare well to the rest of Canada, where land uncertainty is also a problem, but certainly not to the same degree as B.C. Across Canada, on average around 50 per cent of respondents indicated that these two areas of policy were deterrents to investment, indicating a wide gap between B.C. and its provincial and territorial competitors. 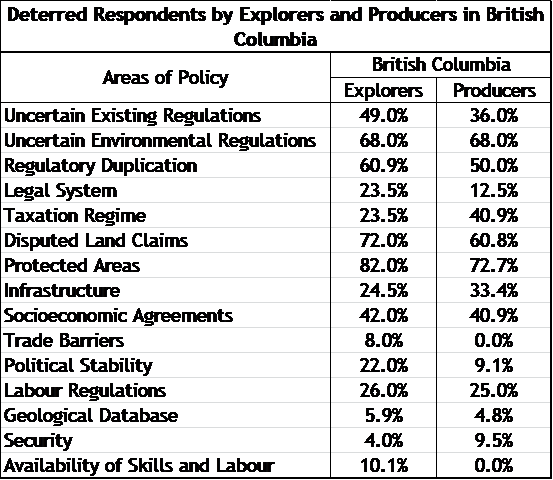 If B.C. doesn’t address land uncertainty and other issues, it’s possible that the province will not fully capitalize on its considerable mineral potential.