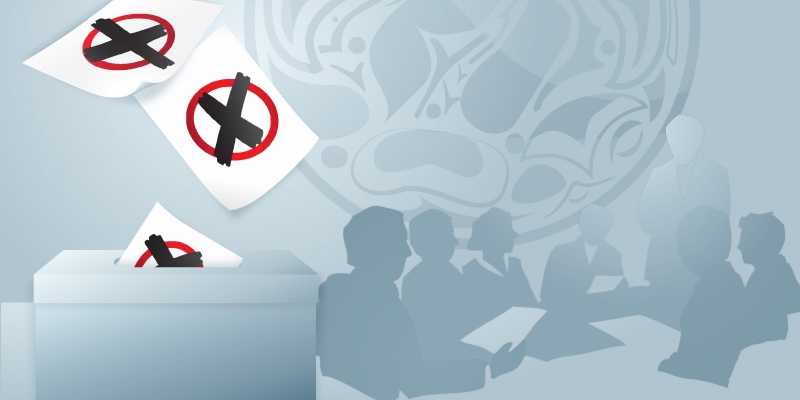 Many contemporary First Nation leaders, and even legal scholars, including the respected authors of a 2010 Senate standing committee report on Aboriginal peoples, have heralded custom election systems on reserves as the foundation for better band governance. Custom systems allow First Nation communities to design and adopt their own election code, albeit with some federal requirements that must be met before final approval.

Many of these Indigenous observers believe band elections held under the Indian Act system are inherently “colonialist” and even oppressive of Indigenous peoples’ legitimate aspirations. They argue that modern band leaders increasingly view these structures as illegitimate. It is the contention of this study that a thoughtful evaluation of how custom election systems really work shows that there is more than initially meets the eye.

This paper calls for sober second thought on this subject. Such considered reflection is especially critical in 2017 because currently, most First Nations in Canada hold band elections under custom code systems. Indian Act systems are now the minority across the country, although some regions still hold to them. Indigenous leaders continue to promote custom election systems as a better alternative to the Indian Act system.

The subject is important because there is a demonstrable connection between governance and improved socio-economic indicators. This paper argues that the end goal of Aboriginal self-government is good governance that elevates community well-being. Drawing on the work of Fraser Institute and other specialists in Indigenous governance, this paper makes the case for comparing custom election and Indian Act systems, evaluating how they favourably rebalance governance, especially in terms of greater democracy and accountability. Good governance helps unleash the economic potential of Indigenous communities, which is something First Nations should consider when they design electoral and governance structures for their impoverished communities.

This paper examines both the favourable and unfavourable aspects of custom election systems for First Nations, especially for modern Indigenous governance. While allowing Indigenous communities to escape the paternalistic aspects of the Indian Act, the study found that without federal oversight, custom election codes permit various forms of discrimination, such as that based on reserve residency. A wide range of scholars and parliamentarians had assumed that custom election systems could deal with the inherent weaknesses of the Indian Act system. To some extent, they can and have, but they have also introduced problems of their own that are not widely understood or mentioned.

The paper also mentions documented cases where once Indigenous Affairs Canada has signed off on a custom code, on-reserve governments act to subvert institutions – such as representative custom councils – that are meant to check excessive chief and councilor power or ensure financial disclosure and accountability to community members. In these cases, it could be argued that self-government has been used inappropriately as a cover for abuse of power. The paper also finds that without any intervention from Indigenous and Northern Affairs Canada (which happens for bands still under the Indian Act), custom bands find themselves thrown into divisive and costly court battles. The study discusses new data from the well-regarded Community Well-Being Index (CWB), which shows that bands adopting custom codes have no better community well-being than those under the Indian Act. Therefore, governments need to better understand these systems before they promote them in a sweeping and universal manner. While custom codes hold the promise of creating accountable and transparent governance structures, this study cautions communities planning to adopt them to think through both their pros and cons.

In the end, this study offers some practical next steps, such as the widespread adoption of band constitutions to prevent residency discrimination and other abuses, and to promote independent dispute resolution. Bands must also share best custom code practices with each other. Lastly, the federal government must help ensure that any movement towards custom election systems definitively improves Indigenous well-being.