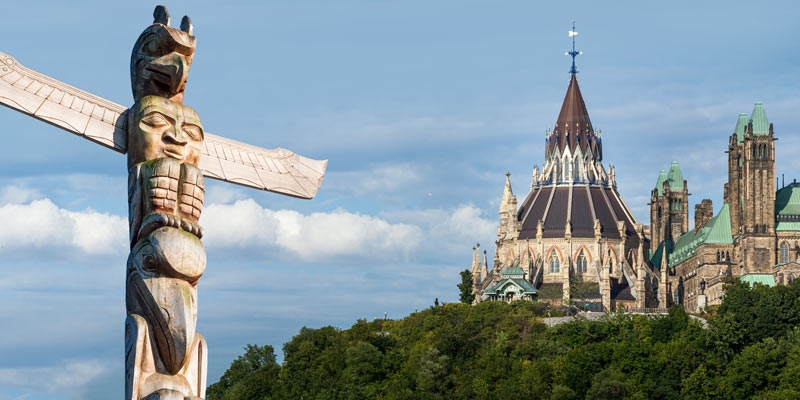 Previous studies published by Fraser Institute have documented the remarkable long-term rise in federal spending on Indigenous programs since the end of World War II. Since the election of the Liberal government headed by Prime Minister Justin Trudeau in 2015, this increase has reached explosive levels, more than doubling in the six fiscal years between Budget 2015 and Budget 2021. It may accelerate even faster now that the Liberals have been returned in the 2021 election with another minority government, which will probably depend on NDP support to remain in power. Both the Liberal and NDP campaign platforms contained proposals for additional spending on Indigenous priorities.

To a considerable extent, the fiscal explosion is driven by offers of financial compensation for past injustices. One branch of this is the settlement of specific claims for alleged violations of treaties or the Indian Act. After 47 years of payments, the number of claims continues to grow as the federal government funds research to discover new claims of past injustice. The government should follow the example of the United States and set a termination date for the specific-claims process. Half a century should be enough time to bring claims of this type.

A more recent aspect of the fiscal explosion is the rise of class-action litigation leading to financial settlements. The prototype of Indigenous class action was the residential schools case, which resulted in a $6 billion settlement in 2006. More recent class actions have concerned other types of schools, adoption practices known as the “Sixties Scoop,” funding of foster care for Indigenous children, treatment of patients in Indian hospitals, and long-term water advisories on Indian reserves. There have been six settlements of such class actions, with four more still under negotiation, and an unknown number in preparation.

The process through which class action cases are settled drives spending not just through multi-billion-dollar payouts to individuals but through declarations that past federal programs were inadequate, leading to promises to provide more funding for programs in the future. As these class actions proliferate, the Indigenous budgetary envelope is increasingly controlled by the outcome of judicial processes rather than by official planning. Since the federal government’s policy is to prefer negotiation to litigation, the prospect of easy and quick settlements encourages more class actions to be filed. It is submitted that the government, instead of rushing to negotiate settlements, should contest these class actions more vigorously in court, through the appellate courts if necessary. These cases offer many novel interpretations of law, which deserve to be considered by Canada’s best legal minds.

This is particularly the case, as subjects of litigation have multiplied. After beginning in a limited way with residential schools, all modes of Indigenous education came under fire. There were also class action attacks on different forms of protecting Indigenous children and on Indian hospitals. Finally came a class action based on the provision of water in First Nation communities. In light of these precedents, virtually any public service would seem to be a suitable target for litigation designed to lead to negotiated compensation.

Class actions have become a significant part of the legal business in Canada. They are a profit centre for law firms; indeed, they lie at the core of the business model of certain firms, which have built the machinery necessary to find representative plaintiffs, recruit members of the aggrieved class, and pursue action in court. Indigenous class actions are different only in that they often depend on old grievances rather than recent events. Class actions bring compensation to individuals, but they also mean lucrative fees to law firms. Rushing to settle class actions helps the law firms that pursue them earn more money more quickly and virtually guarantees the proliferation of class actions in the future. Reducing the number of Indigenous class actions requires making them less remunerative, thereby affecting the profit-cost calculations of the lawyers who pursue them.