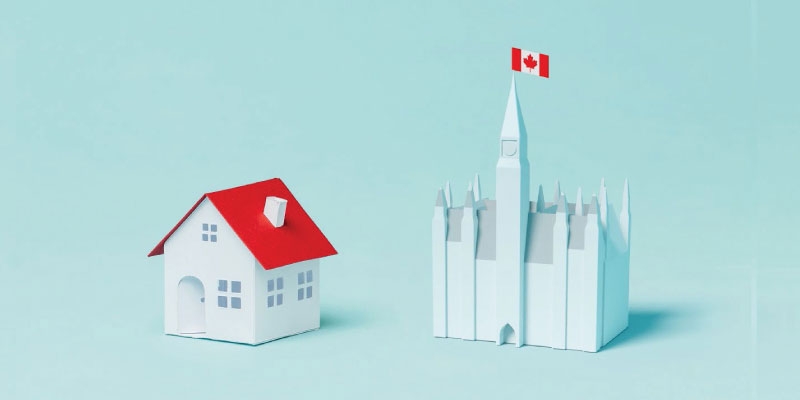 Canadians are regularly inundated with news stories about policy concerns over household debt. These concerns, however, can be seen to be overblown once we properly account for the other side of the balance sheet. Canadian households have taken on more debt over time but they have used this debt to finance assets—real estate, for example—that are appreciating over time, causing their net worth to grow, also to unprecedented levels. The same cannot be said for government debt.

Concerns about household indebtedness focus on measures such as total household debt accumulated or the ratio of household debt to income. Based on these metrics, Canadian household debt levels are indeed near historic highs. By the end of last year, household debt reached over $2 trillion, up from $357 billion in 1990. The lion’s share of this debt—two thirds in fact—is for mortgages while the remaining third is split between consumer credit (29%) and other loans (5%). Over the same period, the total financial liabilities of the government sector grew from approximately $700 billion to $2.5 trillion while its net debt grew from over $400 billion in 1990 to reach nearly $970 billion in 2016.

More fundamentally, the concerns about household debt fail to account for the other side of the balance sheet—household assets, which rise over the family life-cycle. While household debt has grown substantially over the past 26 years, households are borrowing to invest in appreciating assets such as real estate, pensions, financial investments, and businesses. This has meant a substantial rise in Canadian household assets—from $2.2 trillion in 1990 to $12.3 trillion in 2016. The significant investment in assets has meant that household net worth (which is total assets minus liabilities) has surged from $1.8 trillion to $10.3 trillion—a record-setting level. As well, when taken in international context, Canada’s household debt relative to income is mid-ranked amongst OECD countries when household debt is taken as a share of household disposable income.

Government officials express concern about household debt even though households have positive net worth that has trended up over time. Yet, government measures of net worth are negative and have not changed substantially. Specifically, the collective net worth of Canadian governments was negative $129 billion in 1990, compared to negative $97 billion last year. While governments may acquire some financial assets and there is investment in assets like human capital and physical infrastructure, the bulk of debt acquired through deficit financing often supports spending on the compensation (wages and benefits) of government employees and transfers to individuals.

In the end, debt is a tool and the concern should be not with debt per se but debt that is not manageable given the economic circumstances facing households. The greatest risks to the management of household debt are economic shocks that lead to job losses that make debt servicing problematic, or increases in the interest rate that raise debt servicing costs.

To date, although small increases have been forecast, interest rates have remained low and the Canadian economy is performing adequately, with relatively low unemployment rates. Moreover, while interest rates and unemployment are of concern, they should be weighed against the fact that, despite the record high levels of household-sector debt, there are also record high levels of net worth. As for public-sector debt, large deficits and increasing debt particularly at the federal level are expected to continue.