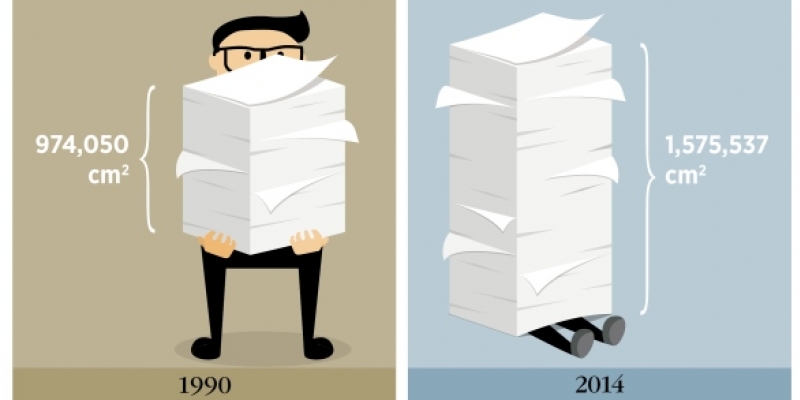 Canadian families and businesses incur significant costs complying with the tax system. Those costs include direct spending on items such as accountants, lawyers, and computer software, as well as the financial cost of the time it takes to compile the materials and complete the forms. Governments also incur costs to administer and collect taxes. These costs are driven in part by the complexity of the tax system. This study measures the evolution of tax complexity and finds that, according to various empirical measurements, the federal tax system in Canada has generally become more complex over time.

The study uses three broad categories of indicators for the empirical measurements: tax expenditures, tax legislation, and tax guides. Each indicator measures a different aspect of tax complexity. Between 1990 and 2014, the text area occupied by the Income Tax Act and regulations increased 62%, from 974,050 cm² to 1,575,537 cm². It is important to measure text area because while the number of pages declined by 4%, page size increased 69% over the same period.

Regardless of the indicator used, all show an increase in federal tax complexity over a 20-year period. Of particular note is the similar increase in all the indicators in recent years. From 2000 (or 2001) to 2011 (or 2014), the number of credits, deductions, exemptions, exclusions, and other preferences (otherwise known as federal income tax expenditures) increased 22%, the text area of tax legislation increased 19%, and the size of the federal personal income tax guide increased 25%.