Ranching Realities in the 21st Century 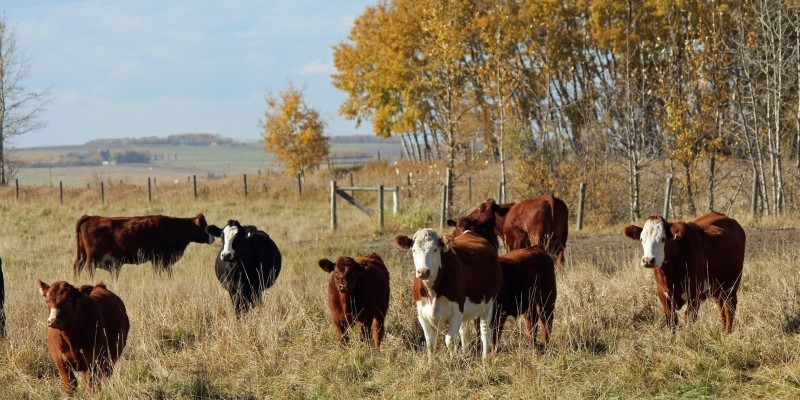 Land management in Alberta and much of Western Canada could be enhanced if policies ensure that property rights are well-defined and transferable. Disputes over the proper use of land have multiplied across Western Canada as population growth, increased oil and gas exploration, agricultural demands on the land, demands for more recreational use, increasing ecological sensitivity and other factors have exacerbated the potential for conflict.

Ranching Realities in the 21st Century highlights ranching in the province of Alberta where 9.2 million acres of farm and ranch land is leased by farmers and ranchers from government with the rest held privately. In Alberta, as in other jurisdictions throughout Canada and around the world, grazing, timber, recreation, mineral and environmental interests all vie to use the finite land resources. On private land, these interests compete by bidding in the market, voluntary trade, and negotiation for an optimal outcome. On government-owned land (i.e., Crown land), land policy is often designed for political rather than scientific, environmental or economic interests.

The five chapters in this book examine a spectrum of public land organizational structures including government-owned land, where government agencies own land and allocate use rights; leased land, where public lands are leased to individuals with a series of usage conditions; and fee-simple private ownership where the land is owned completely by the private property owner without any limitations or conditions. It spotlights the successes and limitations of various land management policies from Alberta, Saskatchewan, the United States and Australia.

The first two chapters focus on historic and current land management policies in Alberta and Saskatchewan. The author finds that, if Alberta wished to examine options to convert its millions of acres of leased land to fee simple private property, it wouldn’t have to look very far. Since 2008, Saskatchewan has implemented a program that led to nearly half-a-million acres of public land sold to existing leaseholders and in some cases, to other parties if leaseholders chose not to renew their leases. The book’s authors explain why that sale was an improvement on the status quo.

Land management is best put in the hands of the private property owners.  After all, it’s they who have near-to-the-ground knowledge about the land and they are the ones who have an incentive to maintain the land in a sustainable manner for the long term.

The book also contains two essays that spotlight the ranching realities in the United States. Federal control over large portions of grazing lands in the American west means that debates over “who gets to do what” on the land are ultimately determined through political or legal process rather than a market process. As a result, disputes are ridden with acrimony, litigation, and in some cases even violence and intimidation. Currently, environmental groups and other competing user groups effectively have no way to bargain with livestock owners to acquire grazing rights. Their ability to trade is prohibited or severely limited under federal grazing policies.

Some US states have state trusts, whereby revenues generated from the land leases are used to pay for public schools, hospitals, and other state institutions. But while trust agencies have a mandate of maximizing revenues, their outcomes are far from efficient. For example, measurements from landscapes adjacent to government owned lands, including state trusts, suggest that private lands can earn much more per acre, sustain more livestock, and can lead to better environmental protection of ecologically sensitive lands.

The final chapter discusses the rangelands of Australia. Australia’s “red centre” is iconic and evocative of wide-open spaces. The outback faces numerous challenges including land degradation, species extinction, and depopulation. Continued insecurity of title coupled with certain perverse incentives (drought relief policy) mean pressure to maintain practices that cause resource degradation persist. Recent reforms including lengthening the period of leasehold tenure, the encouragement of private sector conservation initiatives, and the determination of “native title” have mitigated this pattern of ecological decline.

The chapters in this book demonstrate the incentives that arise from various forms of government ownership and public management disentangling the lessons to enhance future range management, public and private. They tell a story of resource allocation through coercion and cooperation, through government and private ownership and management. It is a story of the past, present, and future. It is a story that can improve outcomes by helping us understand the experiences of the past and make use of the lessons for a cooperative future.