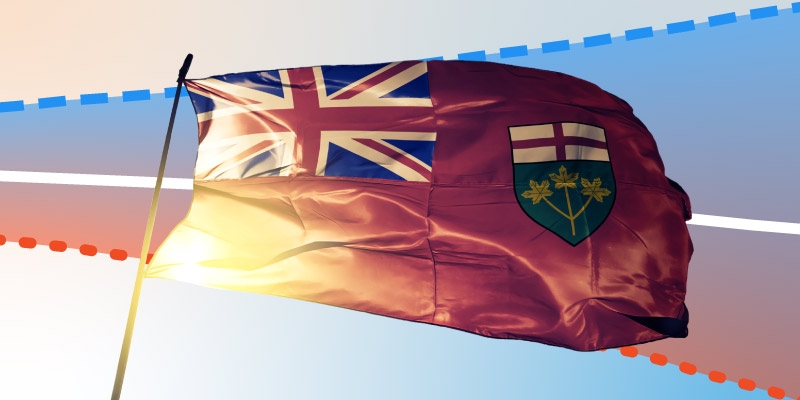 Governments increasingly call upon high-income earners to pay their “fair share” of taxes, which is often a justification and a prelude to raising the income-tax rates faced by high-income earners. The ostensible motive for increasing these marginal tax rates is to generate greater revenues for the government. A case in point is provided by the Ontario government, which introduced a “temporary” tax rate hike that took effect starting July 1, 2012 and was fully phased in by 2013. The change in the tax rate effectively increased the top marginal personal tax rate from 17.41% to 20.53%. Combined with the federal government’s top marginal personal income-tax rate of 33%, Ontario’s high-income earners currently face a combined (federal plus provincial) personal income-tax rate of 53.53%.

Assuming that higher personal tax rates do not change the economic behaviour of those affected by the higher rates, the goal of generating more tax revenue is likely to be achieved. Equivalently, if the available tax base does not change and higher rates are applied to the base, tax revenues will increase. However, it is unrealistic to assume that higher-income taxpayers will not change their economic behaviour in the face of higher marginal tax rates. Besides stimulating efforts to find legal ways to shelter income from taxes, higher tax rates reduce incentives to work and increase incentives to consume more leisure time. As a consequence, the total income available for government to tax might well decline.

Higher marginal tax rates also discourage educated and skilled professionals from accepting higher paying jobs that involve more job-market risk, more responsibility and associated stress, or both, since the after-tax reward for leaving relatively secure and comfortable employment is reduced. A consequence is that the government’s tax base will grow more slowly than it otherwise would with lower tax rates. Furthermore, if similar employment opportunities are available in other locations with lower tax rates, relatively educated and skilled professional workers may leave the jurisdiction with the higher tax rate to accept jobs elsewhere, further reducing the latter jurisdiction’s tax base.

In short, efforts by governments to increase tax revenues by raising marginal tax rates on higher income earners are likely to be thwarted by behavioural responses that shrink the taxing jurisdiction’s tax base. If the tax base shrinks sufficiently, the overall effect of applying higher marginal tax rates might be a reduction in overall tax revenue collected. In this regard, given the various direct and indirect effects of higher marginal tax rates, including discouraging productive work and risk-taking as well as investments in improving educational and skill levels, it can be argued that making high-income earners pay their “fair share” of taxes by increasing their tax rates will leave the government with less rather than more tax revenue.

This study estimates the impact of rescinding the Ontario government’s increase in the marginal tax rate on high-income earners. Specifically, it estimates the likely impact of rescinding the increase on Ontario’s future tax base and the resulting tax revenue taken in by the government. In doing so, it takes into account the likely behavioural responses of higher-income taxpayers using historical data and simulation exercises. The study finds that there is likely to be a very modest direct decrease in future personal income-tax revenues collected by the government. However, the estimated direct decline in tax revenues is substantially smaller than the estimated loss that ignores the positive behavioural responses to a lower marginal tax rate, since those responses will increase the overall income tax base.

In addition, a lower marginal tax rate on high-income earners would make Ontario a more attractive location for businesses and highly educated workers. The likely resulting increase in corporate investment and employment is not incorporated into the study’s estimate of future provincial tax revenues. Indeed, a conclusion that the Ontario government’s future tax revenues would actually be increased by rescinding its recent tax increase is entirely plausible.