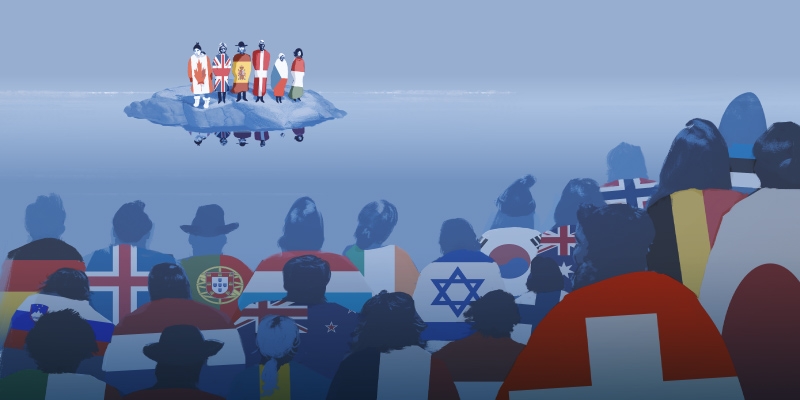 Comprehensive measures of performance indicate that Canada routinely lags behind its international peers on key metrics of how its health-care system performs—despite ranking amongst the most expensive universal health-care systems in the developed world. It is, therefore, unsurprising that a growing proportion of Canadians seem open to the possibility of fundamental reform of health care in Canada. However, major hurdles exist as a result of faulty perceptions about how other countries with universal health-care insurance coverage provide and finance their health-care systems.

This study—the third in the series, Understanding Universal Health Care Reform Options—documents the presence of mechanisms for cost-sharing by patients in 28 universal health-care systems; and evaluates the feasibility and desirability of introducing similar policies in Canada.

Patients in Canada are currently fully covered for the costs of insured medical services; that is, patients are not directly billed for any portion of their care. Economic theory suggests that the distorting effects of such first-dollar insurance coverage can lead to excess demand for medical care accompanied by loss of social welfare. In Canada, the rationing of services through long wait times is one such by-product of excess demand. Economic theory also offers a set of tools to mitigate the magnitude of this social-welfare loss through cost-sharing mechanisms. These include deductibles—an amount up to which individuals are exposed to the full cost of treatment, after which insurance covers expenses; co-insurance payments—a certain percentage of the cost of each unit of treatment that is to be borne by the individual; and co-payments—a fixed amount paid by the patient per unit of treatment.

This study finds that the vast majority of universal health-care systems around the world (22 of 28) expect patients to share in either the cost of outpatient primary care, outpatient specialist care, or acute inpatient care (though the latter is relatively less common) via deductibles (rarely), co-insurance charges, and co-payments. Notably, 8 of the 10 top-performing high-income universal health-care countries have some form of cost-sharing arrangement. These include Australia, Belgium, France, the Netherlands, New Zealand, Norway, Sweden, and Switzerland. In contrast, Canada is one of a small minority of only 6 countries (of the 28 examined in this report) that either entirely eschew cost-sharing by patients or do not generally expect patients to share in the cost of treatment (except for specific situations and purely private options) for core medical services within their standard universal health-care framework.

The wide-spread adoption of cost-sharing is unsurprising given its theoretical ability to reduce—or temper—the demand for unnecessary health-care services. This theory is supported by a wealth of empirical studies that broadly confirm that cost-sharing mechanisms can reduce the use of ambulatory care without necessarily resulting in adverse consequences for the population. However, because the tempering effect of cost-sharing payments extends to both essential and non-essential care, and because such reductions in medical care can have a disproportionate impact on vulnerable groups, it is important to provide these vulnerable populations with appropriate protection. Particular care should be taken to avoid large deductibles for mental health care and essential pharmaceuticals. This conforms with the approach taken by the 8 successful universal health-care countries identified in this report, which employ generous safety nets, set annual caps on out-of-pocket spending, and ensure exemptions for at-risk populations.

Cost-sharing mechanisms should not, however, be looked at as a blunt tool for overall cost-savings in the short run. Rather, if designed correctly, cost-sharing mechanisms can serve as a tool to encourage the appropriate use of medical services and reduce the magnitude of rationing as a result of excess demand. There is some support for this in the correlation coefficients calculated in this study, which suggest countries that employ cost-sharing mechanisms may have shorter wait times for elective treatment.

The findings of this study suggest that Canada should consider reform that would allow provinces to experiment with, and design, a system that requires patients to share directly in the cost of medical care while protecting vulnerable populations in order to reduce social-welfare loss. Unfortunately, cost-sharing mechanisms for medically necessary care are explicitly prohibited by the Canada Health Act and financial penalties will be imposed on provinces found in violation.