The Unintended Consequences of National Pharmacare Programs: The Experiences of Australia, New Zealand, and the UK 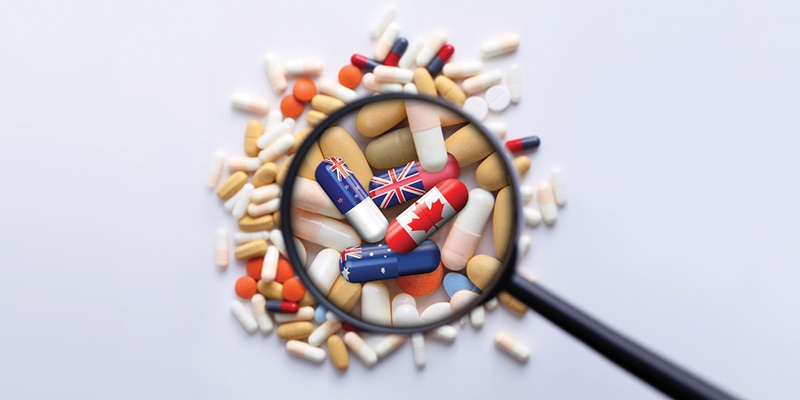 In combined public and private spending on pharmaceuticals, Canada spends more per capita than other OECD countries apart from the United States and Switzerland. Moreover, some analysts have claimed that Canada pays more while providing less access. This has given rise to calls for a Canadian pharmacare program, in the hopes that it would improve access and reduce pharmaceutical expenditures. While claims of inadequate coverage are controversial, they do explain the public perception that a national pharmacare program is needed. Fundamentally, inadequate coverage may result in inadequate access and treatment, and Canadians recognize the need to address this.

Accordingly, the national systems for drug coverage in nations such as New Zealand, Australia, and the United Kingdom have been proposed for implementation in Canada. While these programs have reduced both expenditures and the average price paid per drug, they have also had some unintended consequences that may not be so favorable.

This paper seeks to analyze these consequences. Through an examination of the experiences of New Zealand, Australia, and the United Kingdom, this paper brings to light some of the difficult decisions that accompany a national publicly funded pharmacare scheme, and the consequences of such programs for patients, physicians, innovators, and the industry. Specifically, the potential consequences take the form of more limited access to new drugs, poorer healthcare outcomes, excess burdens of taxation, and reduced pharmaceutical innovation. While these consequences are not necessary, they are typical of such policies. As with many public policy proposals, the devil is in the details and the true consequences for Canadian patients remain to be determined.

First, the paper describes the national plans of Canada, the United Kingdom, New Zealand, and Australia, focusing on key characteristics of the programs. Next, the paper provides an overview of many of the cost containment strategies that are frequently incorporated into a publicly funded pharmacare program. These are policies that are relied upon to achieve the necessary cost savings required to administer such a program, but they do not come without a price. These policies generally limit patient (and physician) choice, restrict access, ration drugs and therapies, and reduce treatment effectiveness. The strategies considered in this section include sole tendering, reference-based pricing, restrictive formularies, and cost-effectiveness analysis.

The consequences of these cost containment strategies are then explored. A description is included of the potential for reducing pharmaceutical expenditures, the cost burden shifted to taxpayers, the risks of drug shortages, the implications for international reference pricing, the effect on formulary decisions, the risks of therapeutic substitution, the potential for reduced access and worsening health outcomes, as well as the reduced incentive to innovate.

Arguably, the single most significant benefit of universal pharmacare would be lower pharmaceutical expenditures for insurers and individuals. While the prices of new substances under the programs employed in New Zealand, Australia, and the UK are lower than in the United States and Canada, prices for generics and incremental innovations are higher than in the United States.

Ultimately, these programs may not deliver everything their advocates propose. While the cost savings on pharmaceuticals are frequently touted, it is critical to examine whether those results can be replicated in Canada. Moreover, the additional consequential expenditures in other areas of the healthcare system are a reality that is rarely mentioned.

In sum, the consequences of a publicly funded pharmacare program must be thoroughly explored and properly costed in order to determine whether this is a policy that would benefit Canada and Canadian patients. There are a number of potentially very detrimental consequences and policymakers should have answers for how they will be addressed and avoided. First, the true tax burden should be calculated and transparently presented. In addition, it must be recognized that drug shortages and reduced access may result from such a policy. There is also substantial evidence indicating that lower revenues and profits will reduce pharmaceutical R&D spending. Finally, it is essential to acknowledge the potential for worsening health outcomes and suboptimal therapeutic substitution. Accordingly, Canada must cautiously approach any policy change that puts patients, innovation, and innovative industries at risk. A national pharmacare program is no exception.

Arguably, a national drug plan would require significant administrative coordination across provinces and add complexity to the existing system, without providing significant benefit. The projections of cost savings to consumers, taxpayers, and the nation are flawed. Moreover, given the tremendous administrative costs of consolidating pharmaceutical benefits into a national pharmacare program, it is unlikely that the estimated cost savings would be realized. Notably, any savings accruing in the short to medium term will be outstripped by the transition costs. All the while, provincial governments have experience in delivering drug coverage plans tailored to their populations’ specific needs, while maintaining the flexibility within the current system that allows for a sustainable combination of public and private payers for medications. In reality, Canadians already benefit from the best aspects of a national drug coverage plan, and evidence suggests that the formal institution of such a plan will only increase bureaucracy and complicate delivery of services, without adding value for patients.